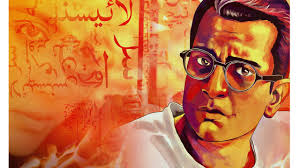 KARACHI: Geo Films’ new movie ‘Manto’ has established a firm foothold in the cinemas and it continues its journey. The film has been launched amid praise and people are eager to watch it at the earliest.

One has to say that Manto has left all other films behind.

The film has cameos of many big stars but there are no promotions with those stars. But despite this, the film is riding on the name of its strength under the banner of Geo Films.

Manto is a comeback film by Geo Films and is its first local enterprise this year. Moor released earlier was distributed by Mandviwala Entertainment and Geo Films was its media partner. The film has a competitor i.e. Hero but Manto has a very different target audience hence Hero will not create any problem for the film. Sources have said that Manto is getting a good number of shows and will have a flying start. The film is looking to be success at the box office due to its reasonable budget and then no big competitor.

Written by Shahid Nadeem and directed by Sarmad Sultan Khoosat, the film unleashed the writer’s journey of life after the independence of Pakistan.

Sarmad himself has been a huge fan of Manto’s work and has read all his short stories. He is obviously thrilled to be playing his ‘dream role’. ‘Manto’s stature is timeless, and his genius continues to inspire many generations. “We are just trying to reproduce his writings and stories,” after watching the film people were enthusiastic.

Simple but unique dialogues in perfect Urdu are funny as well as soul-searching at the same time. One does not finish laughing from the previous dialogue when in a blink of an eye another hard hitting scene comes up on the screen.