NOWSHERA: An Afghan national allegedly stabbed to death his wife and mother-in-law in Kund Park in the limits of Nizampur Police Station on Saturday, police sources said.

The sources said that Akhtar Muhammad along with his brother Dost Muhammad and three other accomplices killed his wife Meraj Bibi and mother-in-law and fled the scene.

The police registered the case on the complaint of Habibur Rehman, the brother of the deceased woman, against the accused and started investigation. The motive behind the incident was stated to be a family dispute. 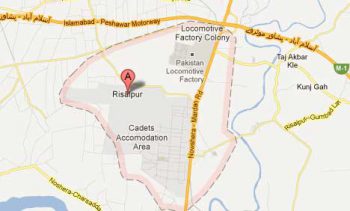 CD shops blown up in Nowshera