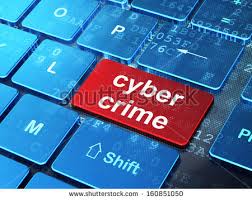 ISLAMABAD: The misuse of Facebook has so far been reported in relation to blackmail, fraud and impersonation.

However, in a recent case, the social networking website has allegedly been used by a man to exact revenge for his sister’s divorce.

Mohammad Usman is accused of trying to malign his former brother-in-law, Bilal Asif, his first wife and other relatives by creating a fake Facebook profile for Mr Asif’s first wife and posting obscene photographs of her. Mr Asif was briefly married to Usman’s sister (his second wife), and they later divorced.

However, there is no proper law that can deal with such offence. Last year, the government introduced the Prevention of Electronic Crimes Act 2015, but the bill is currently pending in parliament.

Senior civil judge Abdul Ghafoor Kakar handed over the custody of the suspect to the Federal Investigation Agency (FIA) on a three-day physical remand. FIA officials informed the court that they had recovered a laptop, computer and a mobile phone from the suspect’s custody, the examination of which revealed that the accused had created several fake Facebook accounts.

FIA officials said the suspect wanted Mr Asif to divorce his first wife, which is why he launched a ‘malicious campaign’ on social media. Usman uploaded obscene photographs and Mr Asif and his wife’s mobile phone numbers. He also allegedly posted ‘vulgar’ and ‘objectionable’ messages.

According to an FIR registered with the FIA’s cybercrimes circle on Jan 18, 2015, Usman created a Facebook account named after Mr Asif’s first wife as revenge for what he believed was a conspiracy between Mr Asif and his first wife against his sister, resulting in a divorce between his sister and Mr Asif.

The FIR alleged that Usman, a resident of Pakistan Town, posted vulgar photographs on the fake account and sent threatening and obscene SMS messages to Mr Asif and his relatives. According to the FIR, Usman’s actions fell under sections 36 and 37 of the Electronic Transaction Ordinance 2002 (ETO).

Former deputy attorney general Tariq Mehmood Jahangiri told Dawn that the existing law pertaining to cybercrime is the ETO, which was promulgated in 2002. He said the law was outdated and cannot counter the ever-changing dynamics of the cyber world. He suggested a strict law with heavy penalties for cybercrime.

Mr Jahangiri referenced a previous case, when a suspect created a Facebook account where he posted photos of his nieces and their father’s mobile phone number, with whom he had a property dispute.

He said the suspect posted these girls as prostitutes and gave the number as their contact information. “The judge was also convinced that the accused had done this, but since the ETO was insufficient to award punishment, the judge convicted the accused under Section 419 of Pakistan Penal Code (PPC),” he said.

The aforementioned section of the PPC deals with impersonation.