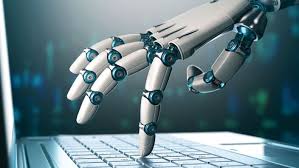 Therefore, they tried to lay the foundations of their respective countries on the very belief that scientific and technological advancement is the lynchpin of development and a key driver for economic growth and that the prosperity and wellbeing of a country would be determined and judged by the level of priority that a country accords to science and technology.

Similarly, the founders of Pakistan were also visionary and as such they were very well aware of the fact that the future belonged to science and technology. They had therefore envisioned Pakistan as a modern Islamic state wherein scientific and technological advancement would take pre-eminence.

I firmly believe that for the founders of Pakistan it would have been hard to believe that seven decades after Independence, the Pakistan clergy would be objecting on the use of technology in moonsighting. Likewise, Pakistan even at the outset had pioneered several scientific and technological initiatives that made the rest of the Islamic world and even the developing world look up to it.

When the Pakistan Council of Scientific and Industrial Research (PCSIR) was founded in 1952, no other advanced scientific organisation of its kind was established in the entire Muslim world. In the 1960s, when the industrial revolution took place in Pakistan, the PCSIR played a significant role in catalysing industrial growth in the country. Moreover, water conservation has always been an issue that threatens our economic growth, and the redressal of this issue has always been a plank of policies of successive governments in Pakistan. In this regard, the Pakistan Council of Research on Water Resources (PCRWR) was established back in 1964 to successfully address the question of water conservation in Pakistan, and there is no gainsaying that the establishment of the PCRWR was a unique organisation in the third world.

In addition, Pakistan’s now little known space programme was launched under the auspices of the Pakistan Space and Upper Atmosphere Research Council (SUPARCO) back in 1961. At the time, it was one of the most advanced space programme among the developing countries. By 1963, we had launched one of the most advanced rocket systems in the world at that time.

Even in the 1970s, Pakistan had laid the foundation of its nuclear programme which culminated in successful nuclear tests in 1998, thereby making Pakistan the first nuclear Islamic state. And, undoubtedly, the nuclear programme of Pakistan proved to be the custodian of regional peace by maintaining minimum deterrence against its warmongering neighbourhood.

Furthermore, in the 1980s, the entire world witnessed the IT and telecommunication revolution in Pakistan that had put Pakistan at par with other developing economies.

However, despite the promise, we could neither maintain the momentum nor the focus of our earlier resolve to become a technology-driven economy. The years that followed saw the Pakistani nation miss its mark by many a mile for causes that were mostly within our control. The country which had set out to become a technological leader among the developing economies instead became a backward country in terms of science, technology and innovation.

The focus of our successive governments was shifted from scientific research and technological advancement to other areas. Consequently, the neglect that technological research, commerce and industry suffered due to our security concerns and incompetence of leadership resulted in socio-economic stagnation that continues till today.

Taking a bottom-up approach to analysing our scientific backwardness, a basic failure is that our education system at school as well as at the college level is syllabus-ridden and we have failed to modernize it through the years. While science education in most countries has moved from theory to practice in the strict sense of the word, we are still stuck with old school teaching methodologies and syllabi.

Making up for the lost time and starting a countrywide awareness campaign on the importance of scientific development needs substantial change and effort. As a minimal grassroots level measure, the Ministry of Science and Technology has launched the Stem School Project under which hundreds of public-sector schools will be selected for upgrading along scientific lines and will be provided research-based education on modern lines.

Our next most important goal in this regard is encouragement of innovation through science popularization both as a field of study and as a catalyst for technological advancement in the country. And, to this end, science fairs will be organised on the birth anniversary of Sir Syed Ahmed Khan which will thenceforth be celebrated as Science Day in Pakistan. In addition, the month of October will be celebrated as the month of innovation. The Ruet App is yet another initiative of the science popularization project.

We have created task forces to expedite the concentrated efforts in four key areas: technology in agriculture, health, education, alternative energy and future technologies. We have initiated a project of mobile payments and in coordination with the Ministry of Finance and the State Bank we will create a unique single platform for all kind of payments through mobile devices.

Furthermore, we intend to establish state-of-the-art laboratories which will be open to the general public. It is worth mentioning that 26 labs of the PCRWR are already operative.

Bringing changes within the Ministry of Science and Technology to strengthen a sense of patronization and encourage better performance is no less crucial. With a view to giving incentives, we are increasing the salaries of the employees of the ministry who are engaged in scientific research activities.

In conclusion, Pakistan is a country that started off with great promise in the field of science and technology and innovation but which could not even partially optimize its own potential for scientific development.

The challenge for the current leadership is greater than ever, and the only way forward seems to be the initiation of a national drive that starts at the grassroots level of our scientific infrastructure and brings together all stakeholders. Moreover, in times such as these when moving forward is the only option, here’s hoping that our humble yet no less sincere efforts can keep furthering the continuum of Pakistan’s scientific development and lead its people to a better future.