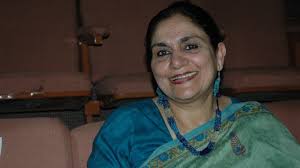 Islamabad: The speakers at a Pakistan National Council of the Arts reference held here for renowned activist and actress Madeeha Gauhar urged her fans, friends and colleagues to celebrate her work and strive to continue the tradition of humanism she evoked in the people in Pakistan and in the neighbouring countries.

They said Madeeha had fought bravely about three years against the cancer she was suffering from with all courage and patience before to bow down to her death.

Noted poet Kishwar Nahid said Madeeha Gaughar started theatre in the era of worst dictatorship when even making the sign of victory was a sin.

“When there was ban on the speech Madeeha staged theatre on meaningful subjects that induced the bravery among the activists. She was a brave soul determined to bring about social change.”