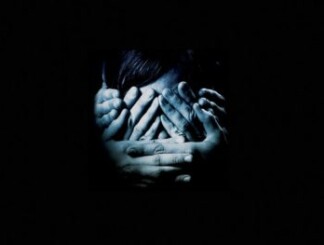 PESHAWAR: The Right to Information Ordinance (RTI) is yet to encourage a sense of optimism in Khyber-Pakhtunkhwa (K-P).

The RTI’s legislation was devised in April 2010 under the 18th Amendment and was recently approved by the K-P cabinet in a meeting on July 10, 2013. However, as the provincial assembly is not in session, the bill was promulgated as an ordinance following the K-P governor’s approval.

While the Awami National Party (ANP) was unable to pass an act in this regard during its tenure, the new Pakistan Tehreek-e-Insaf (PTI)-led government was swift to implement the legislation as an ordinance. However, the latter has been criticised for ignoring thorough discussions on the matter.

“There was no state of emergency that requires it (the RTI) to be implemented as an ordinance,” said United Rural Development Organization (URDO) Executive Director Zaheer Khattak. “It should have been thoroughly debated on the assembly floor, before which it should have been discussed on various public forums.”

The draft, which is still treated as a classified document, is not a good sign as far as transparency and good governance are concerned, said Khattak. “Officials need to be told what the RTI is about since the bureaucracy has always discouraged the public’s access to information.”

Khattak added it was also not clear whether the ordinance was applicable to the Provincially Administered Tribal Areas.

South Asian Free Media Association K-P President Shamim Shahid said the law was complicated, and officials could still use red tape as an excuse to deny access to information. “I am not hopeful of a better outcome as yet,” he added.

Zahid Abdullah, a coordinator for Coalition on Right to Information, a platform of 20 civil society organisations working towards improved information access, said it was unfortunate the PTI wanted to promulgate an ordinance on the RTI instead of passing a bill in the K-P Assembly. “In its present shape, it will end up curtailing rather than protecting and promoting citizens’ right to information,” he added.
Abdullah said the draft law envisages the establishment of a one-member information commission. Furthermore, the information commission does not have powers to issue directions to public bodies to proactively disclose information, and cannot impose penalties on officers for unlawfully denying access to information requested under the law.

Under the RTI ordinance, information can be obtained at ‘the lowest reasonable cost’, but it is unclear how long it will take to form an information commission which will facilitate this process. Moreover, it is feared people will shirk from taking advantage of the legislation due to the lengthy process of obtaining information, which will last around three weeks.