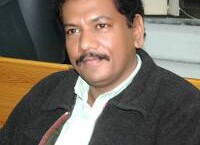 LAHORE – Did the Lahore NAB director general Shahzad Saleem transgress his limits by recently giving interviews to some TV channels? The NAB official’s media interaction raised a question as to who is competent to talk to the press in certain situations.

An official of the Regulations Department on anonymity says that the DG or the head of an attached department after seeking permission from the competent authority, the administrative secretary, may talk to media just to explain the position of a state institution or government in certain situations where public relation officers cannot serve the purpose.

He further says that there are certain written guidelines on the subject matter as well. Officers of any rank just for publicity stunt cannot talk to media. Moreover, if the authority thinks that the news published against the organization was fake or baseless, the department concerned would manage publishing of the rebuttal through the DGPR. However, under the Conduct Rules 1966 the government officers could not serve in any of the media outlets as employees, he ascertained.

Moreover, as per the policy guidelines, “The decisions or measures of higher importance can be announced by minister [concerned] in a press conference either at Lahore or elsewhere”. The secretary or chairman of an autonomous body may also hold a press conference in Lahore with the permission of his minister or CM or governor, as the case may be.

However, the policy documents further detail, “Secretaries to government, chairmen of autonomous bodies, heads of attached departments and regional and divisional heads outside Lahore can meet the press to explain for the benefit of the people the actual position in regard to government activities. And wherever necessary, remove misgivings from the public mind about the specific matters arising from day to day administration. Great care should be taken to avoid making statements that tend to create embarrassment for government, the paper adds.

The officer further said that “whistleblowers laws worldwide provide enough space for officers to talk to media or at any other forum to spotlight misappropriation, misuse of authority and embezzlements of funds”. He said that information that could damage privacy of the state could not be spoken at any cost.

Usually, public sector bodies have Public Relation Officers (PROs) or focal persons to deal with the media persons regarding their queries. Nobody but these focal people talk to the media. But some of the officers talk to media outlets as well, inviting others to call it violation of the code of conduct.

An officer of the DGPR said, “Since the focal persons are trained enough to tackle the reporters’ questions so they are deemed fit for the purpose”. They are unlikely to talk anything that creates controversy later. This is the reason the public sector organizations don’t allow all officers to speak to press. Uncontrolled media talks of officers could further enhance problems for the government departments.

An information department officer said that the officers should avoid talking to TV channels and the press. “Some officers had been talking off the record but their appearance on TV or newspapers could create controversies for official working,” he feared.

Moreover, he said that there are strict conduct rules for the law enforcing agency and prosecution department officers who are directly involved in criminal justice system.

The journalists on the other hand frequently complain that the officers are less open to talk to them. They are of the habit to hide newsworthy incidents as well, they object. They demand proactive response from the officers which is often denied.