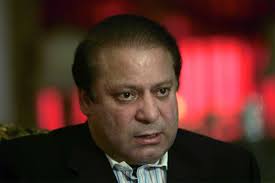 If only some of the biggest names in Pakistani journalism, and a certain leader of a political party, could take the trouble to read more carefully, think a little deeper, and increase their knowledge about the vocabulary of politics, we’d all be spared many storms in teacups.

The Prime Minister of Pakistan, Mian Muhammed Nawaz Sharif recently addressed an Investment Conference in Islamabad in a bid to woo investment in the country, both domestic and foreign. Before quoting entire passages of what the PM said, let me state upfront that the word ‘liberal’ in the speech immediately caught one such eminent journalist’s eye, and perhaps it was the only word in the entire speech that caught his eye since it resulted in a meltdown of sorts for him. The column he wrote thereafter on the subject was demonstrative of not just his personal, but a general, unfamiliarity with the basics of political science, or terms used in political science.

The column in question exhibited uniquely hypocritical standards of judging men and matters. So strong was the condemnation of the PM, that one wonders what analysts of this ilk, as well as some members of the public, think ‘liberal’ means in the political or economic contexts. Such is the obsession in some with immorality and obscenity (uryani o fahashi), that perhaps it was thought the PM was propagating obscenity to draw investment. Normally, investors look for stable democratic environments with rule of law and transparency, free market principles, tax incentives and ease of doing business etc. But, clearly, the couple of critical journalists and a certain politician thought it was obscenity (fahashi) on offer. And they stirred up an umpteenth little storm.

Before I actually address the content, context and the meaning of the PM’s speech, let me just focus on the arguments this particular journalist/columnist employed, denigrating the PM’s efforts and his speech. Zulfiqar Ali Bhutto, who, it was implied with innuendo in the column, was fond of his wine and women and not inclined to be at all ‘Islamic’ in his personal life – not fulfilling any of the basic Islamic injunctions of namaz, zakat, Hajj etc. – was placed on a pedestal high for having illegalized alcohol, declared the Ahmadia sect as non-Muslim and having given Pakistan an Islamic constitution. Lest there be any confusion, the ‘Islamic’ parts of the constitution are only those that serve as tools of institutionalized discrimination against religious minorities of Pakistan. For example, articles disallowing a non-Muslim to hold the highest office in the land, or declaring the Ahmadia sect non-Muslim and forbidding them to practice their faith as they see fit. I am sure the esteemed journalist knows Mr. Bhutto took all these measures under political duress to save his government, not out of any Khalifaesque tendencies. Yet, the apparent hypocrisy of preaching, nay forcing upon millions, what Mr. Bhutto did not practice himself is elevated, admired and held up as holy and desirable. Is it hypocrisy then that Islam teaches to be revered and emulated? Clearly, for such people an insincere, dishonest imposition of values on others for personal power is more exalted than honesty.

In comparison, and with complete disregard to what Mr. Nawaz Sharif was actually saying, his efforts to take Pakistan forward were attacked and cast aspersions upon, simply for the sin of having used the word ‘liberal’ in his speech. The use of the word ‘liberal’ overshadowed all other professional and personal qualities of a leader who was vouched for by the journalist as being a practicing Muslim (strictly adhering to namaz, zakat, hajj, roza, aitekaf etc.). I don’t wish to be misunderstood here. I do not hold Mr. Sharif higher than Mr. Bhutto because of his piety, but only point to the hypocrisy and fallacy of logic in those criticizing Mr. Sharif because he wants a ‘liberal’ Pakistan.

As opposed to a ‘liberal’ Pakistan, these gents demand an ‘Islamic Welfare State’ and remind the PM of his oath of office to uphold the constitution of Pakistan. Which begs the question as to what they mean by the term ‘Islamic Welfare State’ and how such a state would be different to a ‘liberal democratic state’ in the political or economic sense. One fails to understand their meaning, unless they uphold the hypocrisy mentioned earlier to suit their own ideals of a fascist state.

In a 1,626 word speech that was ninety nine percent TAPIs, pipelines, CPECs, corridors, energy, security, education, infrastructure, industry, austerity, economic turnarounds, credit ratings and what have you, the PM was clearly envisioning a progressive and prosperous Pakistan and selling the same to investors. But the seizure upon the one word ‘liberal’ was a dead give away of not what the PM had in mind, but their own fascist agenda of imposing their self styled morality on this polity.

Now to examine the relevant paragraphs of the PM’s speech:

“Our goal is to create a progressive society, where our children—-boys and girls—-can go to school and get educated, where health care is available to everyone irrespective of their financial condition, where a bright young person can get college and university education, and where jobs are available to their seekers on a fair basis.….. you will be pleased to know that despite our limited resources, we have started taking steps towards making Pakistan an educated, progressive, forward looking and an enterprising nation.

“Our democratic and economic journey has not been without setbacks. But the Pakistani nation has once and for all decided that its future lies in a liberal and democratic country, where the private sector thrives and no one is left behind. I can confidently say that our direction is set, and we are now implementing our nation’s economic and democratic agenda. And indeed, driving a democratic Pakistan forward in its journey towards an economically vibrant future is a labour of love for me.”

“A progressive society where our children – boys and girls – can go to school and get educated” means literally that – where neither poverty nor obscurantist extremism can threaten the country’s children or its future – it does not mean ‘uryani’ (immorality, nakedness).
“In a liberal and democratic country, where the private sector thrives…” is clearly referring to the political and economic meanings of the word liberal, not the ‘fahashi’ (obscenity) these critics seems to have in mind. Having said that, their preoccupation with immorality and obscenity is mind boggling.

This is not meant to insult the intelligence of one’s readers, but just to illuminate such journalists’ and political leaders’ minds and put them to rest. Political liberalism is the philosophy of government action to achieve equal opportunity and equality for all; of government action to alleviate social ills, to protect civil and individual liberties, to protect human rights and to ensure that no one is in need.

Economic liberalism refers to emphasizing the concept of the free market and laissez-faire policies, with minimal role of the government in deciding resource allocation, and government providing support services and progressive regulatory frameworks.

One would urge critics of a “liberal democratic Pakistan” to read liberally (and here the word means vastly, not obscenely), to expand their worldview and understanding, such that they might stop whipping up ill informed storms.

One would also warn them that with regard to the fascism they aspire to, there are two competing visions of Pakistan – and the majority vision does not support fascism. Had that been the case, the political parties these gents belong/ed to, and from where they get their ideologies, would at least have ruled Pakistan once in its almost seventy year history. Prime Minister Nawaz Sharif clearly represents that very majority, his speech being in accordance with the aspirations of said majority. There is a broad based agreement on a liberal democratic state in our polity, and the PM rightly intends to take us in that direction.