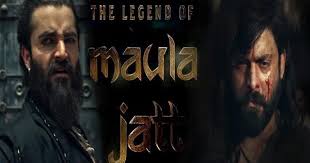 LAHORE: The Lahore High Court on Monday stayed the unauthorised use of the title of the film Maula Jatt, dialogues, characters, making/shooting and exhibition of work identical to the movie.

Justice Aminuddin Khan issued the stay order on a petition moved by Mohammad Sarwar Bhatti of Bahoo Film Corporation, the producer of the original 1979 Punjabi film Maula Jatt, seeking an injunctive order against the exhibition of film The Legend of Maula Jatt directed by Bilal Lashari.

Mr Bhatti’s counsel Ahsan Masood argued that the petitioner possessed the rights in relation to the movie, including the title and cinematographic works, and the censorship certificate was also issued by the censor board in the name of the petitioner as producer.

The counsel pointed out that the Intellectual Property Tribunal had initially granted a stay to the petitioner, but later observed that the petitioner failed to establish prima facie case as to the claim of infringement of cinematographic work and rights in the script.

He contended that the tribunal had not applied judicious mind to the facts and circumstances of the case and acted with material irregularity before passing the impugned order. The counsel said the respondent producer and his team were making The Legend of Maula Jatt having same dialogues, characters and script of the 1979 film, which under the law they were not entitled to do. Barrister Ahmad Pansota and other counsel for the respondents argued that they were not using any unauthorised copyright or trademarks, anyway. They said their clients had a valid copyright certificate on the script for The Legend of Maula Jatt.

The petitioner’s counsel, however, requested the court to restrain the respondents from unauthorised and illegal usage of the title, copying/publishing script, characters, dialogues, poetry, style, songs, music, registering and exhibition of work deceptively similar to the film Maula Jatt in any manner.

He further urged the court to suspend the operation of the illegally issued censor certificates with the title of The Legend of Maula Jatt.

“Respondents are restrained from doing the afore-noted acts unauthorisedly,” said Justice Khan in a one-page order and adjourned the further hearing till June 6.

In a statement, Barrister Pansota said Mr Bhatti had created premature and unnecessary hue and cry. He said Mr Bhatti appeared to be using the sacred platform of this second highest forum (high court) for the dispensation of justice in Pakistan for pressurising the team of The Legend of Maula Jatt. He claimed that Mr Bhatti’s intention to mislead the general public was laid bare through such conduct.

The News: LHC stays use of title of film Maula Jatt