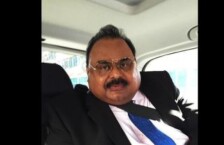 ISLAMABAD: The government on Friday formally asked the British authorities for access to information cited in a BBC report which alleged that Indian government funded MQM and trained militants linked to the party.

The request was made through a letter authored by the Interior Ministry in consultation with the ministries of law and foreign affairs. It was delivered to the British authorities through the Foreign Office.

“The British government has been asked to provide information regarding the revelations made in the BBC report for facilitating the probe,” an interior ministry official said.

Interior Minister Chaud¬hry Nisar Ali Khan had a day earlier, after a meeting with British High Commissioner Philip Barton, said: “On the advice of the high commissioner (Barton), I will formally write to the British government to seek their help in the matter at an official level.”

The letter has noted the seriousness of the allegations levelled in the BBC report and said that its contents were of vital significance to the security and integrity of the state of Pakistan.

“The revelations in BBC report were very disturbing,” the interior ministry official said.

The BBC report quoted an “authoritative Pakistani source”, as saying that during investigations MQM politicians had told British officials that their party received funds from the Indian government.

The report further claimed that a list of weapons, explosives and bomb-making equipment had been found from an MQM property during a police raid.

A Pakistani official was quoted to have told the BBC that India had trained hundreds of MQM militants in explosives, weapons and sabotage over the past 10 years in camps in north and north-east India.

MQM is facing a police investigation in Britain since the murder its leader Imran Farooq in 2010.

FO Spokesman Qazi Khalilullah confirmed in a statement that UK authorities had been contacted with regards to the BBC report.

“The Government of Pakistan is in touch with the British authorities with a view to seeking information/facts of the report,” the spokesman said.

Peshawar: Swat Media Colony foundation to be laid on 18th