Leopards at Margalla Hills healthy for ecological system, not risk 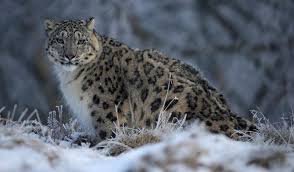 Islamabad : Presence of leopards in the Margalla Hills National Park (MHNP) is healthy for ecological system and not a serious risk to human well-being.

Islamabad Wildlife Management Board (IWMB) Assistant Director, Sakhawat Ali told this agency that a research conducted by the Quaid-i-Azam University revealed these findings, which was conducted in the aftermath of frequent leopard attacks at domestic animals in Shahdara Valley.

He said the research was made under the supervision of Dr Ali Nawaz who tried to ascertain the facts behind the leopards’ attacks and workout safety guidelines for the local communities inhabiting in the national park.

“The park is the last repository for the indigenous flora and fauna of the Himalayan foothills and the last refuge for the birds and animals that inhibit its forests.

But, the periphery of the park is also home to over 25 villages and over a hundred thousand domestic animals, so the increasing population pressures, cutting of trees for fuel wood, hunting of wild goats and jungle fowl and grazing of domestic animals may lead to human animal conflicts,” revealed the facts of the research.

The Margalla Hills National Park, he said, was sprawling over 125 km of near pristine nature and a perfect backdrop to the federal capital.

“The national park provides relief to the citizens from the ever increasing stresses of city life by providing access to nature trails, recreation and eating places and for most just a perfect serene backdrop to the view outside their homes and offices,” Sakhawat said.

To a question, he said that in the MHNP the pride of the ecosystem and top of the food chain were the two families of leopards, resident in the Shahalla Ditta-Kaintla-Taxila and the Ratta Hotar-Shahdara valleys.

Till last year these leopards were thought to be winter migrants from the Galiyat, but recent studies confirmed that these were now residents in the park, he underscored.

“Human – leopard sightings are on the rise but luckily conflict is rare, presenting a picture of stable food supply for the leopards.

Responding to another question, he said it was important to understand that humans had steadily over the last half century invaded the natural habitat of the leopard, barking deer, monkey, wild boar, pangolin, hedgehogs and beautiful pheasants.

Our species expand at the cost of their homes, he added.

Sakhawat further said it was therefore acceptable that these beautiful animals would be occasionally seen by us and it’s the duty of the Ministry of Climate Change and the Islamabad Wildlife Management Board to create awareness and acceptance of their presence.

“This acceptance will help to change attitudes for better protection of domestic animals and humans alike,” he said.

Under the guidelines, Sakhawat said, devised in the research, local villagers should guard and protect domestic goats and cows by improved corralling and raising alarms when necessary to drive the leopard away.

However, he said, open food, dumpsters, and free livestock might invite conflicts whereas movements of people should be restricted in late evening and during night.

The research elaborated that if unavoidable people should travel in groups, with lights and some defence, albeit recent incidents in Galiyat indicate women and children were more vulnerable, he added.

“In case of sightings, animal is not to be chased.

Photography and video-graphy adventures can be dangerous both for human and the cat.

It is on record that one snow leopard fell off the cliff when pursued by a filming crew,” the IWMB assistant director said.

He went on to say that public education on species ecology could help understand human-cat co-existence and kill unnecessary panic.

The Nation: ‘Leopards at MHNP healthy, not risk, for ecological system’