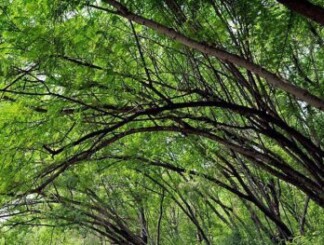 RAHIM YAR KHAN: The daylong ‘Plant for Pakistan’ campaign was observed with full zeal and millions of trees were planted on September 2 (Sunday) across the country. Annually, scores of trees are planted and several tree plantation drives are carried out but still the numbers of trees have been declining instead of increasing due to the lack of implementation of laws and minor punishments.

The timber mafia has wiped of thousands of trees grown in forests, at roadsides and stream corners. While the incompetence of the administration is one of the reasons, the weak and inadequate laws are also responsible for the destruction of trees.  The new government, however, seems to be serious in growing trees.  There is a need of effective legislation on an urgent basis and also for the implementation of the existing laws.

The Punjab Plantation Act 1974 Clause (3) states that the owner of the agricultural land is obliged to grow at least three trees on each acre of land. In case of non-compliance, the forest department is responsible for growing the trees.

Similarly, the forest department is responsible for the promotion of the forests under the Punjab Forests Act 1927. According to Clause 26, a violator is liable to six months punishment and penalty on chopping or damaging the trees. But the crime is bailable. A penalty of Rs2,500 to Rs5,000 is imposed on illegal chopping down of trees as per Clause 4 of the Punjab Land Preservation Act.

The Punjab Assembly passed Parks and Gardens Act for specific big cities based on which parks and gardens were built in Lahore, Rawalpindi, Faisalabad, Multan and several other areas. Under the act, there is only three days jail punishment which is bailable and Rs50,000 penalty on cutting down trees. However, the legal procedure is also complex. There is a need of effective legislation for protecting the trees and curbing the theft practices. While speaking to Express News, Environment Law Expert Nadeem Advocate said, “Unfortunately, few influential people are also involved in chopping down trees and stealing wood.”

He added, “Currently, there is no law that could allow the police to take immediate action and punish the culprits.”

He said that cutting down of trees, theft and damaging the forests is a non-bailable and punishable crime and the culprits should be awarded at least 10 years punishment so that the timber mafia could be discouraged. Otherwise the unregulated practice would continue, he mentioned.

Next phase of ‘Plant for Pakistan’ campaign in January 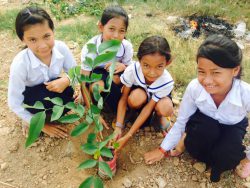 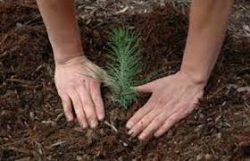