A LARGE number of people in Pakistan consume digital content such as applications, online games, videos, music, software and e-books.

Despite its large-scale consumption, unfortunately, there is no proper law on the subject in the country that provides adequate protection to the consumers of digital content.

However, under the existing regime, it is not clear whether digital content falls in the category of goods or services. Owing to its importance and daily increase of digital content consumers, it is proposed that there should be a proper legislation on the subject that ensures adequate protection to consumers of digital content.

The consumers should be entitled to refunds or other remedies for defective or poor quality content. Issues related to piracy of such products should also be given due consideration.

Although it is possible that the purpose may be achieved through amendment to the existing legislation, it is highly recommended that a new legislation should be enacted on the subject as there exist many loopholes in the current consumer laws, such as lack of harmony and analytical inconsistency among them.

This law will, in the long run, not only benefit consumers, but in the long run will equally benefit producers of digital content as the pirated copies of their products would stop as courts will not give decision in favour of the consumers of such products.

The government should take immediate steps in formulating a concrete policy and making laws for the nationwide protection of consumers of digital content. 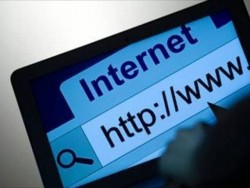