Legislation against fake news to be done in consultation with stakeholders: Fawad | Pakistan Press Foundation (PPF)

Legislation against fake news to be done in consultation with stakeholders: Fawad 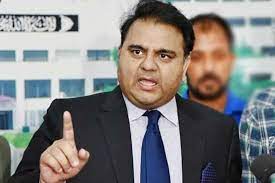 Minister for Information and Broadcasting Fawad Chaudhry on Monday said that the issue of fake news is serious and legislation against it is being done all over the world.

Speaking to the journalists outside Parliament House, the minister said that legislation against fake news would be done in Pakistan with the consultation of all stakeholders.

He said a draft of the Pakistan Media Development Authority (PMDA) has been prepared which would be presented before the joint action committee, which comprises representatives of Pakistan Broadcasters Association (PBA) and All Pakistan Newspapers Society (APNS) among others, for consultation and building consensus.

To a question about Pandora Papers, Fawad said that a meeting will be held shortly to decide about process on the issue of Pandora Papers. He said Prime Minister Imran Khan has already announced that the government would investigate all Pakistani citizens mentioned in the Pandora Papers and take appropriate action, if any wrongdoing is established.

Last month, Fawad had stressed that Pakistan Tehreek-e-Insaf government firmly believes in fundamental, democratic and constitutional rights of freedom of expression and wants to take all stakeholders on board to create consensus on the draft of PMDA.

During a meeting with British High Commissioner to Pakistan Dr Christian Turner, the minister had said that the PMDA aims to ensure a cohesive approach to media development and efficient management besides providing one-window operation to media practitioners and the consumers.