LAHORE:The 15th death anniversary of legendary folk and ghazal singer Malika Pukhraj is being observed today. Fans and musicians have shared their fond memories of her, stating she inspired generations during her lifetime. Pukhraj was one of the most famous ghazal singers of her era and today, on her death anniversary, many musicians and singers are missing her. According to singers she was a big name in the music history of sub continent.

“Malika Pukhraj is among those female singers that kept the music going even after Partition. She was the strength for this country’s music industry at a time when the industry was just establishing,” folk singer Shoukat Ali Khan told The Express Tribune. “The contributions made by Malika Pukhraj to the field of music are great; she is the only one to have served for so many decades. The best thing about her music was that whatever she lent her voice to became excellent. Her voice was suitable for both classical and folk music.” 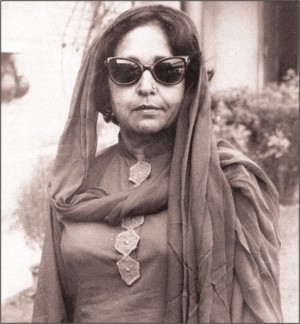 She was given the title of Malika due to talent and popularity. Her best work includes ghazals such as Abhi To Main Jawan Hoon, Mare Qatil Mare Dildar Mere Paas Raho, Lo Phir Basant Aaye and Piya Baaj Piyala Piya Jaye Na, among many others. These songs are still famous amongst music enthusiasts in Pakistan.

Pukhraj was born in 1912 in Hamirpur to a family of musicians. She was named Malika by a spiritual guru while her aunt, who was also a famous musician, gave her the name of Pukhraj.

“Like other music gharanas, Malika Pukhraj’s family also dominated the field of music in Pakistan. She was from one of the gharanas that were famous in both, Pakistan and India,” stated Ustad Hussain Baksh Gullo. “Malika Pukhraj was associated with a family where singers come into professional life after learning the art properly.” 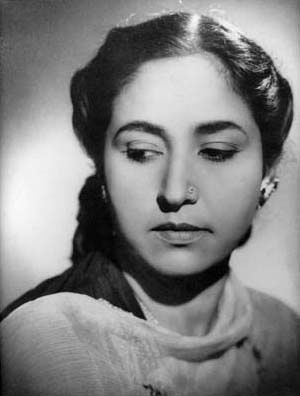 The singer had been interested in music ever since her childhood and wanted to follow in her family’s footsteps. She received  her early music education from Ustad Ali Baksh Kasuri, the father of famous vocalist Ustad Bade Ghulam Ali Khan.

At the age of nine, Pukhraj performed in front of a huge crowd at the coronation ceremony of Maharaja Hari Singh. He was instantly impressed by the young talent and appointed her as a court singer in his darbar where she served for the next nine years.

After that, Pukhraj began singing professionally. During the 1940s, she emerged as a big singer and her popularity peaked on both sides of the border. After the creation of Pakistan, she chose to settle in Lahore and restarted her career in here with Radio Pakistan, receiving a great response. Pukhraj also branched into folk singing alongside her classical music. 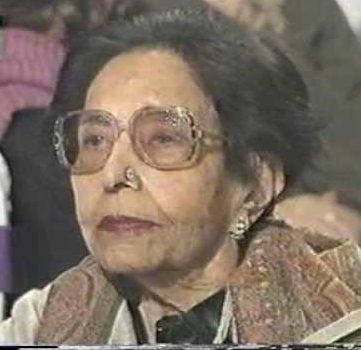 In 1977, the songstress was invited by the Indian government (as she worked at All India Radio before Partition) and was awarded the  Legend of Voice Award. Following that, in 1980, Pukhraj was given the Pride of Performance Award by the government of Pakistan as well.

Pukhraj passed away in Lahore on February 4, 2004. She was survivedby her daughter Tahira Syed, who is also an accomplished singer herself.