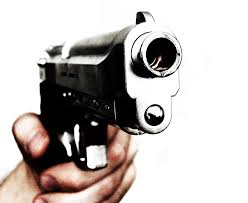 LAHORE: Commenting on the attacks on military personnel in Karachi and a television channel in Lahore, senior analyst Najam Sethi said those behind such attacks wanted to create chaos in the country and a feeling of lawlessness among the citizens.

Replying to ‘Apas Ki Baat’ programme host Muneeb Farooq’s question that attack on Military Police was a backlash of the ongoing Karachi action or the military operation in Fata and Waziristan, Najam Sethi said there did not seem any link between them. He said in Karachi, the operation was targeted against militant elements in political parties. The operation has successfully completed to a great extent. Those being targeted have either run away or arrested, and they have lost steam. These elements also lacked training to carry out attacks on the military. They did attack the police in the past, but lacked training and courage to directly attack rangers or the military.

Najam Sethi said police were a local phenomenon; they arrest the militant elements of the political parties, and harass them. Therefore, they used to attack the police. The MQM elements had long been blamed for attacking police. But this phenomenon of attacking rangers and military personnel point blank with small weapons was foreign inspired, said Sethi. The analyst said he believed that all attacks were being carried out under a foreign agenda, because only those having foreign training could attack the national institutions.

Sethi said Taliban had not carried out such attacks in Karachi thus far. They had been doing that in Fata, because a ‘war’ was going on there. He said only those who had been brainwashed in foreign countries and those who had arms training in enemy country were carrying out such attacks. These terrorist elements are being used to harass the media also. They did not carry Kalashnikov, but a hand-grenade or a cracker to terrify the media.

In reply to a question, Sethi said 9MM was such a small gun that it could be kept in your pocket. Easy to hide, easy to carry. Riding a motorcycle, they come, shoot anybody and run away, and they did not need throwing away their weapon after an attack, added Sethi. The analyst said he believed the attacks were being carried out to create trouble. When the rangers and the military would launch counter attacks, those would be blind to a large extent. They might target political parties to find out the attackers. But it could turn the supporters and affiliates of political parties against the law-enforcers, the rangers and the military, said Sethi. It could create chaos and tussle between the law-enforcers and the people, added the analyst.

However, Sethi said, those involved in such attacks were not large in number. They might be 10 to 15 persons, who have been turned into target-killers, and they are very hard to find. They might have links with one or more political parties, and catching them would be really hard. They might not be working under one group. It would take long time to catch them one by one and eliminate the, believes Sethi. However, they would not inflict colossal losses, because they would not carry out suicide bombings.

Muneeb Farooq asked Sethi whether it would be fair to comment that Karachi would plunge in 2013 chaos if rangers were withdrawn. Sethi advised not to withdraw the rangers immediately as it would relay the message to the police that they should not encumber their lives while the rangers had left. Resultantly, the arrested people will be released on bails, and they will indulge in their same crimes once again, Sethi said and added that the operation has to be stabilized and political parties and police should be strengthened. It will be possible only when the rangers will stay and send strong message of their strength to police, intelligence agencies and even ATC judges, Sethi said and added that only then the prosecution and conviction will be possible.

To another question by Muneeb as to what has invited the terrorists’ backlash in the form of attack on a television channel, Sethi replied that the attack is a warning by the same foreign hand in order to gag the media from sensitizing the people on the war against terror. However, such attacks will be confined to small media groups and not as strong as those of the Taliban were, he explained. They are meant to send the warning. Sethi said such small attacks are easy to launch anywhere in the city even once a week which will prompt the government to beef up security.

Muneeb asked Sethi about likely implications of the announcement by Interior Minister Ch Nisar Ahmad to register an FIR on the report of the joint investigation team in Imran Farooq murder case, while Britain has still not demanded extradition of the accused persons in the case.

Sethi said while the interior minister has not explained, he can speculate that the request for the extradition had been made by Britain but Pakistan had sought counter-extradition of some Baloch leaders, which Britain rejected and the issue has since been pending. Sethi explained that Pakistan wants to extradite the accused wanted by Britain no more demands in the wake of Pakistani demand for extradition of some Baloch leaders.

Muneeb said while Interior Minister Ch Nisar Ahmad has announced to register an FIR on the report of the joint investigation team in Imran Farooq murder case. He asked Sethi regarding the likely implications of the report while Britain has still not demanded repatriation of the accused persons in the case.

Muneeb Farooq: the situation which was present long ago?

Najam Sethi: They thought at that time that we will pursue extradition and it would further the matter but there was a blockade. There is a legal vacuum over the arrests. You can’t hold this problem for a long time. And if they start questioning their arrests, it will cause problems. First they were “disappeared” and there was no issue. Now they were made to appear to extradite them. Now they will have to register a case to fill the legal lacuna.

Muneeb Farooq: despite the fact that the crime was committed there for which plans were made here, i.e. it was facilitated from here

Najam Sethi: the plan was made here.

Muneeb Farooq: they are applying ATC and ATA.

Najam Sethi: They will make something here. They think that at some stage, they will demand the persons, which they perhaps will do. They want to screw up Altaf Bhai.

Muneeb Farooq: do you think that “there still is a hang and sold”.

Najam Sethi: Chaudhry Sahib has admitted that they were in their possession. So some law will have to be applied.

Muneeb Farooq: as you know there was already a man under our possession and later it was told that he was caught from near the Pak-Iran border.

Najam Sethi: the police can’t stage such big encounters. So they will have to keep them under some law. 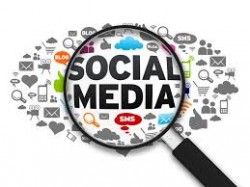 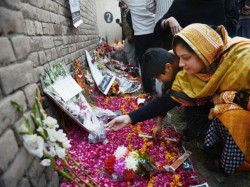