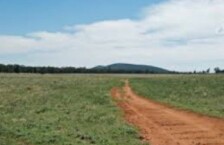 ISLAMABAD: Even as the government is working on a plan to plant millions of trees across the country, a top climate change official the incumbent administration said that forest and water conservation were the biggest environmental challenges which Pakistan has to overcome to mitigate the existential threat posed by climate change.

This was stated by Adviser to the Prime Minister on Climate Change Malik Amin Aslam on Friday while addressing a seminar organised by the International Union for Conservation of Nature (IUCN) to celebrate the International Day for forests and World Water Day.

Aslam said that Pakistan’s forest cover was rapidly deteriorating prior to the Billion Tree Tsunami (BTT) project launched by the Pakistan Tehreek-e-Insaf (PTI) led government in Khyber-Pakhtunkhwa (K-P). The mega plantation project in K-P had managed to increase forest cover in the province to 26%.

He added the BTT’s success was not only the outcome of strong governmental support rather the key was the public ownership of the ambitious project to make the country clean, green and climate change resilient.

Aslam added that the federal government was now partnering with the Food and Agriculture Organisation (FAO) of the United Nations on forest and water preservation programmes.

“Land Mafia in Punjab is the biggest impediment for the government to implement the 10-BTT and massive forestation in the province,” he highlighted, adding that most forest land in Punjab was encroached by land grabbing mafia.

However, the climate change advisor had news to share in this regard, stating that they had recovered 2,500 acres in Balloki, 600 acres in Attock and 40 acres of land in Jhelum where afforestation has been carried out.

“Prime Minister Imran Khan himself has visited the Balloki site and kicked off the huge plantation campaign. This strong political will is our strength in beating climate change impacts in our country,” Aslam said.

Speaking about the water crisis facing the country, he said that “Water management is a big challenge both in quality and quantity.”

He added that under their Clean Green Pakistan project, they aim to rejuvenate underground water table and liquid waste management.

Critical in this, Aslam said, was that around 90% of the liquid waste of the world is treated, recycled and reused whereas on we dump 90% of our liquid waste directly into the sea.

“After every three years, Pakistan flushes gallons of water into the Arabian Sea which can be used to charge underground water sources,” he conceded, adding that a Federal Flood Commission was working to ‘Recharge Pakistan’ with the ministry of climate change to develop wetlands and big ponds in the various areas to store flood water.

Under Ramsar Convention there are at least 60 sites identified in the country where wetlands will be formed, he added.

“It is heartrending to see that various spells of rains hit Balochistan a drought hit province while the water flows down into the sea which could help in alleviating the drought situation in the province,” the adviser mentioned.

IUCN Country Director Mahmood Akhtar Cheema said that Pakistan lacked vegetative coverage and it was a challenge to reverse forest degradation prevailing in the country.