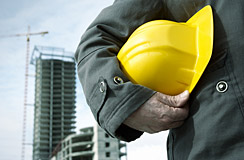 Karachi: Secretary General of Human Rights Commission of Pakistan (HRCP) I A Rahman, on Sunday, asked the trade unions and human rights organisations to work together for a social change and implementation of all the fundamental rights and international conventions, otherwise, the national security paradigm in Pakistan would create hindrances in dispensation of the fundamental rights.

He was speaking at a two-day regional conference on the topic of ‘Global Trade and Labour Compliance: South Asian Perspective’ which was jointly organized by Pakistan Institute of Labour Education and Research (Piler)and Friedrich Ebert Stiftung (FES) at a local hotel. Speakers from Bangladesh and Sri Lanka spoke via Skype and a speaker from Nepal gave a presentation about the situation of labour in their countries. In his presentation on “Human Rights Violation: can there be a silver lining”?, Rahman pointed out that the visiting European Union delegation had also met with him on the issue of capital punishment. The EU delegation regretted that the government’s attitude in this regard is `rude’.

The only silver lining left is implementation of the GSP-Plus conditionality. But for that the civil society should work together for bringing a social change. In this regard, he suggested setting up a permanent co-ordination committee of the citizens to work for a social change.

The human rights organisations and trade unions are able to collectively discuss and push for implementation of 27 international conventions, which include eight core-labour rights of International Labour Organisation (ILO) and seven human rights Conventions and Covenants of the United Nations.

“Earlier, the government used to report falsely about implementations of different conventions and covenants at the United Nations,” Rahman said, adding that now the civil society organisations would be able to contribute in reporting methods as a compliance of GSP Plus conditions. It is expected that besides benefiting to the employers and manufacturers, the GSP-Plus facility to export duty-free to European market would provide more employment opportunities to the workers. “There is a room for competition in it and we should create awareness among the workers about their rights,” he added.

Talking about setting up of military courts and abolition of the moratorium on executions in Pakistan, he said the government’s decisions were in violation of the parliamentary norms. They should have brought the issues at the floor of the parliament, discuss and then pass the resolutions, he opined.

“Instead, they put `Patharidars’ (politicians) in a room and ordered them not to leave the room without making the decision of military courts,” he said, adding that Pakistani society has become a brutal society. “Even many people demand hanging of the criminals in the public.”

He mentioned the important UN covenants, including International Covenant for Economic, Social and Cultural Rights and International Covenant on Civil and Political Rights which are signed and ratified by Pakistan, but they are not properly implemented. The silver lining is that the government would not withdraw from these conventions.

“Unfortunately, there is no right to work in Pakistan and there is a widespread discrimination against women,” he regretted, saying “inequality in the society is due to discrimination on the basis of religion, sex and social status as we have made inequality permissible in our society.”

Speaking on the occasion, Anton Marcus from Free Trade Zone Union Sri Lanka spoke about the workers experience after GSP and GSP Plus status to Sri Lanka. He said Sri Lankan government had declared the entire country as free trade zone since 1992, under which labour laws were not to be implemented in these zones. But in 1997, Sri Lankan government acquired GSP status, a requirement of which was to allow trade unions formation in the industries.

After the GSP status, the government allowed trade unions to bargain with the management if they have got 40 per cent membership of the workers. On a complaint from the trade unions, the EU gave a roadmap to Sri Lankan government for implementation of international conventions. In 2004, a review from the EU was due, but because of tsunami, the EU extended the GSP status and even provided GSP Plus benefits without the review.

As a result, the employers got windfall profits, but they did not pass on the benefit to the workers. As a result of the review in 2010, the EU withdrew the GSP Plus status on grave violation of human rights. The government threatened EU to lodge a complaint under WTO, but it did not happen.

Abul Hossain from garments workers union of Bangladesh said that after two deadly incidents of fire and building collapse in Dhaka, the government and ILO have entered into an accord for compensation to the affected families. More than 2000 workers have lost their lives in these two incidents. As a result of the accord, in 2012, about 2,000 factories have been inspected by the government. However, he said most of the things on health and safety front have not improved, so far. The minimum wage, which is still one of the lowest in the world, has been increased to 5,300 Takka or $75.

Executive Director of Pakistan Institute of Labour Education and Research (PILER)Karamat Ali, said that under the WTO accord Pakistan has to give status of Most Favoured Nation (MFN)status to all the counties with which it traded. He said under the GSP, the EU allows developing countries duty-free imports on the condition of implementation of core labour and human rights conventions and covenants. In 2014, it also gave GSP-Plus status to Pakistan.

He said the situation of human rights is worse in Pakistan. 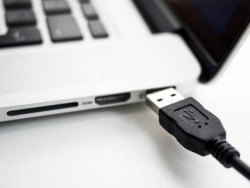