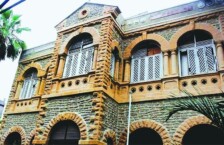 The Karachi Press Club’s governing body thanked the Sindh chief minister on Thursday for according approval to a summary for a government grant of Rs440 million to carry out development works in the Journalists Colony at Hawkesbay.

In a statement, the club said the development works included paving roads, developing a drainage system and providing water supply connections in blocks 2, 3 and 3-A of the colony. These uplift works will begin after the release of the grant.

The governing body said Chief Minister Syed Murad Ali Shah had done a commendable job for the welfare of journalists at a time when the coronavirus had upset the entire world. It expressed the hope that the government would continue with its friendly approach in future as well. It also thanked Information Minister Syed Nasir Hussain Shah, law adviser Murtaza Wahab, Chief Secretary Syed Mumtaz Ali Shah, and Planning and Development Chairman Mohammad Waseem over the approval of the summary for the grant.