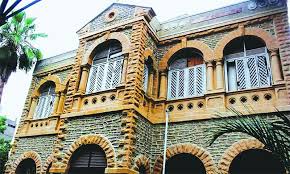 Speaking at an event to mark the third death anniversary of renowned journalist Siddiq Baloch on Saturday, speakers lamented that the government was taking steps against the media at the time when it was going through an ‘unprecedented crisis’.

The Karachi Press Club (KPC) had organized a seminar, titled ‘Freedom of Expression’, at the club’s auditorium on the occasion of the death anniversary of Baloch, who served as the editor of Balochistan Express and Azadi dailies. He passed away on February 6, 2018, in Quetta.

Calling Baloch an institution with a multidimensional personality, speakers said that as a student leader, a political activist, a journalist, and an analyst, he was known for his integrity, professionalism, courage and commitment to democracy, human rights and media freedom.

They termed Baloch’s passing away as a great loss to journalism in the country, and particularly for conflict-ridden Baluchistan.

It was said that he had performed his journalistic duties in a professional and fearless manner at the time when journalists, media workers and newspaper vendors had found themselves in an untenable situation because of the multi-dimensional sources of pressure around them.

Speakers also remembered Baloch as an informed journalist and author with great insight into history, journalism, linguistics and political matters of the country, particularly Baluchistan. He was considered an authority on Baluchistan, it was said.

Expressing concerns over the rise in curbs on media freedom, speakers said the state had managed to stop the flow of information because most media persons and individuals were increasingly adopting self-censorship.

During his journalistic career, Baloch was also elected as the president

Of the Karachi Union of Journalists, executive

Committee member of the Pakistan Federal Union of Journalists and vice president of the KPC a number of times.