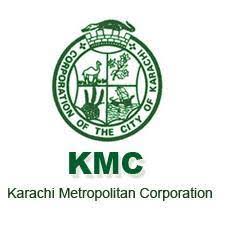 The Karachi Metropolitan Corporation (KMC) hoisted the national flag on a 219 feet point in the Kidney Hill park on Monday.

Metropolitan Commissioner KMC Dr Syed Saif-ur-Rehman hoisted the flag along with Chief Fire Officer Tehsin Ahmed Siddiqui and other fire brigade staff, according to a press statement issued by the KMC.

The size of the flag is 12 feet by 18 feet which was hoisted on a 40 feet high pole, the highest peak in the park, on a permanent basis. The flag would be visible from different far-flung areas of the city.

The kidney hill park is located behind the Rangoonwala Hall in the Dhoraji Society. The 62-acre park was previously used as a garbage dumping point and was encroached upon by land grabbers. The restoration of the park, under the supervision of Siddiqui, was launched on the directive of the Supreme Court. The restoration work was underway for the past three months and the park would open for citizens, once it was fully revived.

Over 18 thousand tree saplings had been planted in the park so far and the plantation was underway to make it a city forest. “This park will be a gift of the KMC to the citizens of Karachi,” said the metropolitan commissioner. On October 15, the Karachi mayor announced a chairlift in the city at the park. Addressing a ceremony at the park, the mayor said the people of Karachi had to visit Murree to experience the chairlift, but now they would have the same facility in their own city.