Karachi — where labour laws are flouted and hands are lost 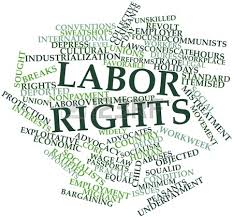 Karachi: Tanveer Baloch stared blankly into space. Perhaps, it was the pain he was going through while recalling his horrific ordeal that brought the conversation to a halt.

After a brief pause, he ended the awkward silence, saying, “It’s not the physical injury that is painful for me, the stitches have healed the wounds. It’s the circumstances I am in that hurts me now.”

In June 2006, Baloch, then 14 years old, was working at a manufacturing factory when he had lost all fingers of his left hand and his thumb was severely damaged after a machine “malfunctioned”.

He was rushed to a nearby hospital by the factory owners who had assured his family that Baloch would be provided with pre-and-post treatment financial assistance.

“And that is where we committed a massive blunder, we believed their words without any signed document,” he said.

After the treatment, the company refused to offer any financial assistance to Baloch. “Now, the best they are offering me is a one-off payment of Rs20,000.”

Naghma Iqtidar, a human rights activist and a documentary filmmaker, said according to labour laws the proprietors were bound to not only provide financial assistance for Baloch’s treatment, but also, with mutual consensus, pay a sum of money to him.

Officials of the provincial labour directorate too confirmed that the factory owners were responsible for the labourer’s treatment and also had to give him an amount of money in compensation.

Karamat Ali, the executive director of the Pakistan Institute of Labour Education and Research (Piler), told The News that the basic problem was the non-implementation of labour laws.

“Though, according to the Constitution, after three months of services, it is mandatory for the factories/organisations to issue workers’ contracts,” he said.

“However, this makes it mandatory for factory owners to adhere to labour regulations, especially ones pertaining to health and safety ones, so they prefer hiring labourers from contractors. This kind of hiring accounts for 70 or 75 percent of the workforce.”

Ali said as labourers were hired from contractors, they are not issued any official document which showed the name of the company they were working for and their working hours and only given an attendance paper.

A document given to The News by Baloch vindicates his claim. The News tried several times to contact the factory owners, but they did not respond.

Talking to The News, labour director Dr Mustufa Suhaag, who heads the department mandated to inspect factories and settle cases filed by labourers pertaining to compensation, said factory owners giving priority to contractual workers was a matter of concern but completely eliminating the contract system would create further complications.

Interestingly, Suhaag described his department’s performance as satisfactory when asked about the alarming number of factory injuries despite its regular inspection.

When asked as to how the Ali Enterprise, defying all health and safety regulations, was left at its state and if he could guarantee that there were no other similar factories present in Karachi now, the labour director left the first part of question unanswered and said, “This is Karachi; here you can hide anything. I can’t guarantee anything.”