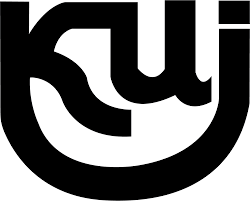 The Karachi Union of Journalists (Workers) and the Karachi chapter of the All Pakistan Newspaper Employees Confederation have expressed their reservations over the establishment of the Sindh Commission for the Projection of Journalists.

KUJ-Workers president Shakil Yamin Kanga and general secretary Sabir Ali, and APNEC Karachi Chairman Dara Zafar said that all people were not included in consultations for the preparation of the Sindh Journalists Projection Bill and its approval by the Sindh

Shakil Yamin Kanga has been elected unopposed as the president of Karachi Union of Journalists Workers (KUJ-W) and Syed Sabir Ali as the general secretary.

The elections were scheduled for November 15 but several office-bearers were declared successful without polling as there was no other candidate for the post. According to Election Committee Chairman Dara Zafar, the office-bearers who were elected unopposed included Muhammad Kamran Zahri and Afzal Warsi for the vice presidents, Syed Tanveer and Muhammad Naseem for the joint secretaries and Jafar Hussain for the finance secretary.