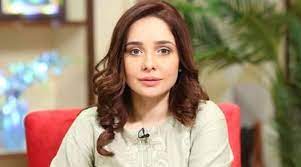 PEMRA has sent a notice to Juggan Kazim’s morning show on ATV for airing content that it deemed as inappropriate and asked the channel to respond to its complaint in seven days.

Pemra likely took note of the episode since it aired on September 24 and soon surfaced on Twitter with calls for the show to be boycotted.

A clip from the game in question has been circulating on social media with users calling the close proximity between the contestants, in which they try to balance an apple between themselves, as obscene.

Many of the objections were also shared under the Urdu hashtag liberalism spreads vulgarity.

They’re attacking Juggan for promoting vulgarity. Many are sharing Vlogs on YouTube on Twitter in which the hosts strongly denounce the host and contestants for participating in such a game.

Others used the opportunity to attack the entertainment media industry in general for spreading obscenity.

Many men took to twitter to denounce morning shows and call for people to practice true Islamic values.

However, one user reminded social media users extolling the virtues of the hijab that the devil was in the man’s gaze, not in a woman’s dress.