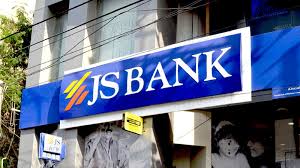 KARACHI: The Addl District and Sessions Judge, West, Karachi issued non bailable warrants against four people including the anchor and owner of a private tv channel for defaming the JS Bank through a concerted fake propaganda campaign and not appearing before court.

While cancelling their bails, the judge directed the DIG West to arrest and produce Rauf and Umar in the court. The court also issued a show cause notice to SSP Ops West for defying the court orders and directed him to appear before the court to explain the disobedience. The court also directed dispatching the copy of the orders to the IGP Sindh.

On Thursday once again, the defendants Sarwat, Rauf, Malik and Amir did not appear before the court except one of the co accused Sohail.

The defence counsel meanwhile, applied for their abstention from appearance. Rejecting his application, the court cancelled the bails of Sarwat, Rauf, Malik and Amir, confiscated their bail bonds and issued non bailable warrants of arrest. In recognition of the Sohail’s positive behavior of appearing before the court, the judge withheld his non bailable warrants.