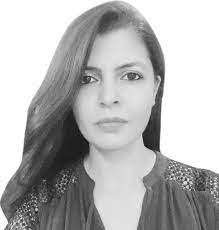 The critically acclaimed film ‘Joy land’, Paki­stan’s official entry to Oscars 2023, which was all set to release in Pakistan this month, has been banned in Pakistan. The movie that re­ceived global awards was prohibited from re­leasing here when religious groups and oth­ers protested its objectionable storyline where a middle-class man falls in love with a transgender person. Those against the film believe that the movie promotes homosexuality, a taboo topic in Pakistan.

Although in 2018, a law was passed that provided legal recognition to transgender per­sons, conservative headliners have consistently campaigned against it.

The country seems to be divided on this issue. Those who believe that Joy land promotes un-Is­lamic values or that freedom of expression should allow anything and everything that is part of the society to be represented. The latter school of thought is rooting for inclusivity and, in this case, including transgender people and their issues as part of our society. The former, perhaps, are in de­nial and believe that denial can play an important role in inculcating high moral values within the new generation.

What I want to highlight today isn’t whether this movie is against the teachings of Islam or not. I have not watched it, so I refuse to comment based on a storyline that says that human connections surpass gender and sexuality. But I want to ad­dress the attitude toward the issue at hand.

Some are against releasing this movie using the religious card. It is an effective card in a country like Pakistan, where fanaticism has spread like wildfire throughout its history. The question isn’t whether it is anti-religion or not, but how high­lighting the reality of the world, which includes issues aligned with our religious sentiments and against them, makes it against the values of our re­ligion. We have to talk about issues and can have an opinion. Transgender people exist. They are real people who did not choose to be born as they are. Does their biology make them less human, and can they not be loved or accepted? If this movie is highlighting homosexuality, isn’t homosexuality a real thing ever since humanity evolved? Does high­lighting it make it more real, or do we believe that showing it will switch on a button that will convert us from heterosexuality to homosexuality?

Having said this, the so-called liberals also need to cut some slack to the ‘religious extremists’ as they are usually referred to and understand that some truths that are part of our society are still like a bitter pill to swallow. In a country where the word sex isn’t used efficiently and is considered highly inappropriate, showing a movie that talks about taboo issues is not an easy truth to accept.

Just like every human has its defense mechanism, it takes time for the guards to lower, and space is created for new ideas to be explored within one­self. Similarly, some compassion has to be shown towards our society at large which is evolving and trying to catch up to a new world order. If many are fearful and defensive and are not ready to welcome new ideas, rather than being critical, openness to­wards understanding is also needed.

Diversity doesn’t mean accepting progressive ideas only, which is subjective but also accepting regressive ideas; it means we are all different and come from our set of values and ethics, and inclu­sivity of all is acceptance of each other—under­standing that some realities are beyond our win­dow of tolerance and it takes time.

Let’s practice tolerance towards each other’s viewpoints as subjective and not generalized. I will stand by this movie and hope it is treated in the spirit that it had been a created—a piece of art, but I will also respect those uncomfortable with what is being discussed.