Journalists under attack from both state, non-state actors: Bilawal 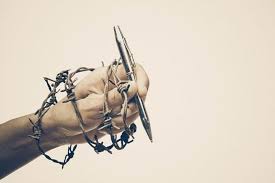 KARACHI: Pakistan Peoples Party (PPP) chairman Bilawal Bhutto-Zardari said on Friday that the country was under an undeclared censorship of the freedom of expression where journalists were under attack from both state and non-state actors. He vowed to resist any move from the government to set up a “super regulatory body” for overall media in the country.

Addressing a ceremony organised by the Karachi Union of Journalists (KUJ) at the Karachi Press Club to mark ‘World Press Freedom Day’, the PPP chairman expressed serious concerns over the “dangerously shrinking space” for free media in Pakistan and supported call from the journalist fraternity for a parliamentary committee on freedom of expression.

“The World Press Freedom Day this year is observed in Pakistan when media and the right of freedom of expression is under siege,” he said and then referred to statistics from a report of the Human Rights Commission of Pakistan on the state of media freedom in the country.

“Freedom of speech is a guaranteed fundamental right of every citizen under Article 19 of the Constitution. But here we see the journalists are under attack from both state and non-state actors. Between 2015 and 2018, some 26 journalists were killed in the country and I feel sorry to say that all cases ended up as blind murder. Among these 26 murders, only 16 proceeded to the courts and trials of only six cases were completed but only one conviction was ordered by the lower court.”

He wondered that until recently freedom of expression was stifled secretly like the ban on Geo News and Dawn in some areas and by manipulating the advertisements to force the media to toe a certain line.

“Now there is an open talk to bring all media under one uniform body,” he said referring to the proposed move from the government to introduce the umbrella body for regulation of all media platforms — print, electronic and digital. “Not long ago the government announced to crackdown on social media as well. The PPP rejects the move to set up super regulatory body for overall media in Pakistan.

The PPP rejects the manner in which PECA [Pakistan Elect­ronic Crimes Act] 2016 has been misapplied to stipple dissent, constructive criticism and alternative narrative in Pakistan.”

Mr Bhutto-Zardari urged the government to revisit the PECA 2016 in the light of experiences and findings since it had been made operational and called for proper legislation from the parliament to set the rules of media regulation.