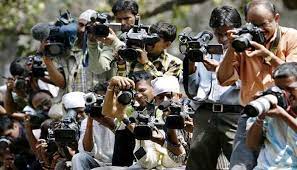 ABBOTTABAD: Pakistan Federal Union of Journalists (PFUJ) said on Thursday that the proposed Pakistan Media Development Authority (PMDA) was a black law which would be opposed at every forum.

The PFUJ organised a journalists’ convention at the Abbottabad Press Club which was attended by representatives of different journalist organisations from Islamabad, Abbottabad, Peshawar and the rest of Khyber Pakhtunkhwa, traders, activists of different political parties and social activists in large number.

The PFUJ President, Shehzada Zulfiqar, said the PMDA was against the law and Constitution of Pakistan. He said the people of the country and media industry were already facing difficulties, while further curbs are being planned on freedom of expression.

The PFUJ Secretary General, Nasir Zaidi, said journalists and the media are facing the worst crisis. He said some elements are using different tactics to muzzle freedom of media. He said the people have attached their hopes with the free media to highlight their issues. He said the struggle for media freedom is in greater public interest.

President National Press Club Shakeel Anjum said the journalists will hold a historic long march which will start from Quetta and culminate at the National Press Club for their right of freedom of expression and against the proposed curbs against media. He said the PMDA is a conspiracy to keep 220 million population of the country silent.