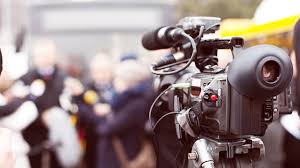 BANNU: A journalist is receiving threats for giving coverage to protest demonstrations against Pashtun Tahaffuz Movement (PTM) or the Pashtun protection movement.

The local journalist has, meanwhile, criticised for not taking any action against those hurling threats, despite being informed time and again. Journalists have also announced boycotting all police functions for not providing protection to reporters.

According to details, the PTM organised a party meeting in Bannu the other day. The very next day, the Waziristan tribal people held a demonstration in Mir Ali against the PTM and their elected representatives while and trader organisations and common people held a protest in Bannu against the Pashtun Tahaffuz Movement.

Different television channels and reporters covered these protest demonstrations. After that, a reporter of a private TV channel and general secretary of Bannu Press Club was given life threats through telephonic calls for covering the anti-PTM demonstrations. The journalist community has demanded protection to the said reporter.