Journalist passes away in Wana 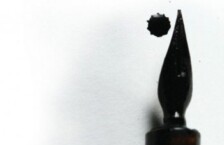 WANA: A local journalist Roshan Mehsud died in Tank on Wednesday. He was 55. His funeral prayer was offered at the Spin Masjid in Tank which was attended by local journalists, government officials and notable of the area. The deceased was laid to rest at the Mehsud graveyard. He was brother of journalist Rauf Mehsud. Roshan Mehsud was an active member of the committee for promotion of sports activities in South Waziristan.