Senior journalist Mirza Khurram Baig passed away at a private hospital on Thursday due to health complications arising out of the coronavirus infection. He was 49. His health condition had deteriorated over the past few days, and he had been put on ventilator a day before his death. Last week, he had been diagnosed with severe pneumonia.

Baig’s untimely demise shocked his media fellows and former colleagues, who took to social media to express their condolences. They praised his journalistic talent, and his keenness to train budding journalists, who worked under his supervision.

He was an avid player of table tennis, and many of Karachi Press Club members thoroughly enjoyed playing with him the indoor game at the club’s gymnasium. Baig had an illustrious journalistic career since 1990s as he did both field reporting and worked in senior editorial positions of varying natures. He remained associated with almost all aspects of the editorial work of a media organisation.

He had started his journalistic career in 1991 at a leading Pakistani news agency, Pakistan Press International. He remained the editor of a leading Internet magazine of Pakistan. He also worked as city editor of The News, Karachi, from 2004 to 2005.

Baig remained associated with the debut team of the first English-language private television news channel of Pakistan, DawnNews, as head of its sports and culture desks. “He was a thoroughly accomplished and versatile journalist as his journalistic professionalism and competence was always admired by his colleagues who got the opportunity to work with him,” said senior sports journalist Ashar Zaidi, who worked with him in two media organisations.

“He was always available to help his colleagues and juniors whenever they had any issue regarding the day-to-day editorial work,” he said. “The versatility of his journalistic career could be gauged from the fact that at one time he remained associated with a leading business daily while at another occasion he headed the sports desk of a television news channel,” Zaidi added.

Baig’s funeral prayers were offered at the Sultan Masjid in DHA, while he was laid to rest at the Phase-VIII graveyard of Defence. His Soyem will be held on Saturday (tomorrow) between Zuhr and ASR prayers at the Sultan Masjid. He is survived by two children and his wife.

Role of media vital for creating awareness about corona vaccine’ 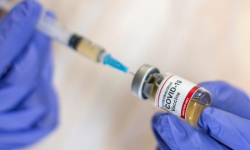