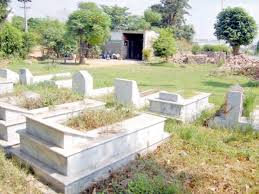 KARACHI: Veteran journalist Sheikh Abdul Quddoos, an active member of Karachi Press Club and the Karachi Union of Journalists (KUJ), lost the battle to cancer this afternoon. Quddoos was a dedicated journalist whose career spanned several decades. He worked at many media institutions, including the Daily Amn and the Daily Jehan-i-Pakistan for many years, as well as being the founder and chairperson of the Green Panel. He later joined politics and became a member of the Sindh Assembly from Orangi Town. The president of the Pakistan Federal Union of Journalists, Rana Muhammad Azim, and secretary-general Muhammad Amin Yousuf said it was a great loss to the trade union movement of journalists as well as to the journalists’ fraternity.