Journalist hits back at PML-N trolls 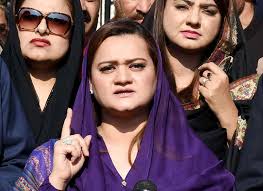 British Journalist David Rose Sunday hit back at Pakistan Muslim League-N leaders and fans for terming his news story on alleged embezzlement and money laundering by their party chairman Shahbaz Sharif as ‘baseless’ and ‘propaganda campaign’. In his report published in British newspaper Mail on Sunday, the journalist had alleged that Shahbaz Sharif and his family had embezzled and laundered millions of pounds out of £500 million aid coming from UK during his tenure as chief minister of Punjab.

However, the PML-N Spokesperson Maryam Aurangzeb termed it a conspiracy against the opposition leader hatched by the government. She also showed to media a picture showing the journalist sitting with Prime Minister Imran Khan and his Special Assistant Shahzad Akbar. The journalist took to Twitter saying, “the PMLN trolls in Pakistan are posting a photo of me with Imran Khan, claiming this shows my article about Shahbaz Sharif was ‘planted’.”

“The photo was taken last year, when I interviewed him before the election. Here’s the proof,” he said while sharing the web link of the interview published on July 21, 2018 in the same paper. David Rose also witticized the PML-N trolls and questioned his Twitter followers whether any of the PML-N trolls yet claimed that the story involved the “hand of India”? Meanwhile, in his reaction to the rebuttal issued by Department for the International Development (DFID), the journalist termed it “nothing of the kind.”