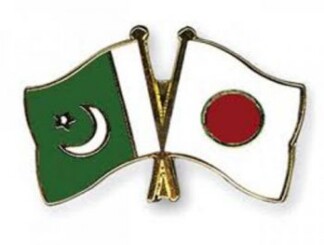 KARACHl: People have been invited to attend the Japan Festival 2014, aimed at promoting peace and depicting the charm of diversity, here on Saturday and Sunday.

Saadia Rashid, president of the Pakistan-Japan Cultural Association, and Hiroko Tsuchiya, consul for cultural and public affairs, consulate general of Japan, Karachi, said at a press conference on Monday that the event would be formally inaugurated on Friday.

The inaugural ceremony would also be an opportunity to pay tribute to senior playwright Fatima Surayya (Bajia), the recipient of Japan`s highest civil award. This was in recognition of her efforts to promote the cordial relations between Pakistan and Japan, said Azmat Ataka, a former head of the Japan Cultural Centre.

The festival will include a series of events equally entertaining for the people of all age groups and sections. A poster competition, titled `Pakistan-Japan: building friendship for better world`, is being organised for schoolchildren, including those from special schools.-APP