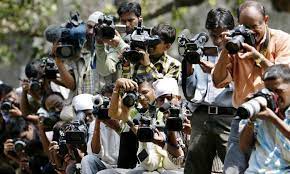 LAHORE: Jamaat-e-Islami announced rejecting the controversial Pakistan Media Development Authority Bill (PMDA), terming it undemocratic and contrary to the requirements of Constitution guaranteeing freedom of expression, and advised the PTI government to shun its ambitions to take control of media.

Government’s obstinacy to proceed with the controversial legislation when journalists unions, human rights organization’s and all opposition parties fully opposed it was inexplicable, said JI Information Secretary Qaiser Sharif, in a statement from Mansoora Sunday. He said JI believes in complete freedom of the press, fully backs the stance of media organization’s and supports their protests and sit-in calls.

He said Federal Information Minister Fawad Chaudhry should tell the nation why his government felt the compelling need to constitute PMDA in the presence of various high level institutions to check misuse of freedom of expression and cybercrimes like Pemra, FIA etc.

He asked how can the PTI government fully control print, social, digital media and film with the help of the new body and why it was bent upon making a black law which was never made in the past.

He asked the minister that if he (minister) said the draft law on social media was fake then he should have brought out the original draft instead of condemning his critics.

Sharif said the JI was standing with the media persons and believed freedom of press was the basic pillar of a democratic society. Rejecting the information minister claims regarding so-called benefits of the proposed authority, Sharif said it was the usual rhetoric of the PTI government which from the day one was making plots to curb free speech. He said it seemed instead of wiping its own face, the PTI government wanted to break the mirror instead. He said such a knee jerk response to silence the critics was a bad practice on the part of government.

He said the country had already a poor record with media censorships, suppression and victimizing journalists and curbing the freedom of expression, in which the country ranked 145th in the world.

He lamented that media censorship and violence against journalists increased after the PTI came to power.

He said there was a need for the existing institutions to work effectively and government should improve its performance while enduring criticism from the media.