IT has been exactly 20 years — 20 long years — since Habib Jalib passed away on March 12, 1993. The anger shows no signs of ebbing. The street agitation spearheaded by Jalib continues unabated, with one or another manifestation of him unavoidably in the central role.

Back in the 1990s, when an obituary writer paid the final homage to a Pakistani communist, he was tempted to dryly add that the departing internationalist had lost his relevance in the post-glasnost world. Jalib, a poet who had a word of admonishment for everyone, would appear to have survived this change, given his popularity.

Today just as he is celebrated as a leftist who had challenged, without resort to metaphors, everyone from the general to the feudal to the mullah and the industrialist, he is proudly owned and hailed by virtually anyone and everyone — except perhaps by the unyielding judges of refined literary expression. Habib Jalib is one literary figure who has not been subjected to a romantic posthumous discovery by the people, the kind of rediscovery many others have undergone. He does not have this romantic appeal since he had never left the motley crowd occupying the popular stage, the mystique of revelation requiring the face and the message a phase of hibernation to shape up.

There have been no no-shows on ever-ready Jalib’s part and he has accompanied the procession all along, his lines offering people the most sought-after tonic to sustain it. If anything, the unconquerable hero of our political folklore makes more appearances at rallies now than he could allow himself to attend during his lifetime.

This is not to say that the ever-present poet has not undergone adjustments. His ‘Dastoor’ (The Law) may echo everywhere and ‘Zulmat ko zia kya kehna’ (why call zulmat, or darkness, zia, or light) may be cited by one and all as the most brutal and matter-of-fact dismissal of a dictator anyone can ever come up with.

Jalib may shine through anecdotes, warning fellow political prisoners against agreeing to a conditional release or snubbing Z.A. Bhutto’s offer to him to join the PPP.

But at the end of it, despite all these compliments and his expansive oeuvre, even Jalib can be contained: from his bag he supplies his citers only the parts which are useful to them and are less dangerous to quote.

His critique, almost ridiculing, of the bigots who must exploit religion as if by habit, is seldom if ever invoked in the public discourse, existing instead in quiet, whispered discussions that have to do more with the past and at best are a lament for the present.

Not even a horrifying attack on Christians in Lahore can embolden the protesters to dust off his poignant ‘Khatray main Islam nahin’ (It is not Islam which is in danger) for a much delayed public recital. Nor are those who speak of his urge to always say the truth likely to recall his lines in which he, albeit in an uncharacteristically polite tone, advised Benazir Bhutto against “the American trip” when she was the prime minister.

Habib Jalib, the uncontrollable permanent rebel who could never help speaking his mind can cater piecemeal to the rebellious streaks of his current followers without forcing upon them verses which could put them in a spot of bother.

For many Habib Jalib fans his universal appeal and use is a vindication of the truth of his message. It is the same argument which is posthumously applied to others such as Faiz and Z.A. Bhutto, and has even won a phenomenon as recent as Benazir Bhutto all-round respect.

They are all hailed as common heroes or leaders or at least sincere guides of Pakistanis of all dispositions, a kind of appreciation that, instead of adding to the stature of these personalities, ultimately neutralises their potential to influence the proceedings in a manner they would have liked. Their objectives are clouded in the non-partisan, across-the-board accolades Pakistanis must shower them with.

This is problematic. It is reflective of an absence of the much-needed contrasts in the country’s politics. Jalib’s promotion as a spokesman for all is even more jarring.

It is one thing for, say, an assortment of ghazal listeners to spend an evening immersed in the poetic delicacies of a kalaam, or verse, but Jalib, we are told by the authorities, is not someone distinguished for his art and his aesthetics. He stands apart for his courage, his incorrigibility, the directness of his message and — claim those who shared his path and goal during his lifetime — for a certain brand of ideas which are irreconcilable with his universal acceptance.

This group cannot be bought over by the idea of a universal market for an old comrade. It wishes to snatch its beloved Jalib away from the grasp of opportunists who are using, abusing the poet when he cannot spurn them.

There are various reasons why these jealous ‘original’ Jalib owners have not been successful in establishing exclusive rights on him — none bigger than their failure to make the old ideology palatable to the people without compromising the basics Jalib and his contemporaries were committed to.

Also, by virtue of his greater proximity to the people, the rugged, non-delicate Jalib is more difficult to be separated from the general tumult and specifically placed on the basis of a certain ideology. He fits all agendas and equations even if to the literary critic he so famously dismissed in one of his poems he remains a glorified, peripatetic cheerleader.

He has been dismantled, and the various parts of him have been eagerly snapped up according to the respective needs of his current users. Like so many others before him, he is alive and relevant in these parts. The rebel Habib Jalib as one single unbreakable whole is too heavy to bear and has gone irrelevant.

The writer is Dawn’s resident editor in Lahore. 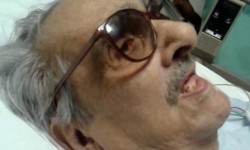 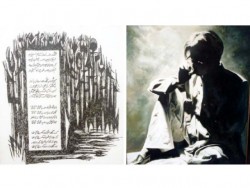 Ironic to see Sadequain being used for commercial benefits

Call to include Joyo’s works in textbooks