IT dept starts work on GIS in Sindh 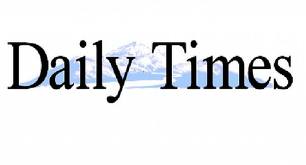 He said that the development of GIS project will cost Rs 1.2 billion, and his department has sent a summary to the relevant authorities for grant. According to him under the system all the government departments will put their information in a centralised data system to facilitate the common public and other institutions.

Besides, he added, the department was also working on the establishment of an IT City, where all the international companies will be provided with a space to run their business. It will create several hundred jobs locally and also facilitate youngsters in promoting their skills and marketing their software, he added.
Informing about the e-governance project of his department the caretaker minister said that some 38 government departments out of a total 48 have been computerised under the project. The department is working on computerising the remaining 10 departments, he added.

On the occasion, SM Munner appealed to the people that they must cast their votes during May 11 elections. He demanded the political parties to allocate special seats for the business community in every election.