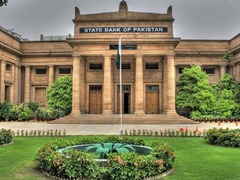 ISLAMABAD – The Islamabad High Court (IHC) Wednesday issued notices to the Secretary Information and other respondents for filing report and para-wise comments in a petition of Pakistan Federal Union of Journalists (PFUJ) seeking security of media workers and journalists.

A single bench of IHC comprising Chief Justice of IHC Justice Athar Minallah issued the directions while hearing a petition of PFUJ invoking the jurisdiction of this court under Article 199 of the Constitution of the Islamic Republic of Pakistan, 1973.

In its petition, the PFUJ raised questions of paramount public importance relating to the fundamental rights guaranteed under Articles 9, 14, 19 and 19-A of the Constitution.

The counsel for the petitioner contended that security of media workers and journalists has a direct nexus with protecting the fundamental rights guaranteed under Articles 9, 19 and 19-A of the Constitution. He further stated that the Implementation Tribunal for Newspapers Employees (ITNE) has not been constituted and more than 40,000 cases are pending.  He also contended that there is no effective legislation regarding protection of the rights of media workers and journalists.  After hearing the arguments, the IHC Chief Justice directed the office to issue notices to the respondents for filing report and para-wise comments within a fortnight. He added that respondent no. 3 i.e. the Registrar of the Implementation Tribunal for Newspapers Employees is directed to submit a report regarding the current status of the pending complaints. The bench further said that likewise, respondent’s no.1 and 2 are directed to, inter alia, highlight the measures taken for protecting the rights of media workers and journalists. “Keeping in view the importance of the matter in hand, the President, Islamabad High Court Journalists Association, President, Supreme Court Bar Association, Mazhar Abbas and Hamid Mir are appointed as amici curiae to assist this Court,” maintained the court.

Justice Athar observed that the questions raised are in the context of an independent free press and media, Article 19-A guarantees that every citizen shall have the right to have access to information in all matters of public importance.  He added, “The independence of an editor, opinion writer and reporter is of crucial importance. Their independence and non-interference in editorial policies are relatable to the regulation of the proprietorship of the media and press. The questions are, therefore, of paramount importance and it is important to understand and comprehend the international best practices and principles employed to ensure the access of citizens to information and for an independent and a free media and press to play its role as contemplated under Article 19-A of the Constitution.”

He said that on the next date of hearing, the counsel and the amici curiae are expected to assist this Court whether it would not be beneficial for adjudication of the questions raised in the petition in hand to seek an amicus brief from the United Nations Human Rights High Commission. Then, the bench directed the office to relist the petition after three weeks.