Irsa to close canals for annual desilting from 25th

ISLAMABAD: The Indus River System Authority (Irsa) has decided in consultation with the provinces to close canals from Dec 25 to Jan 31 for annual maintenance and de-silting.

The plan will reduce the output of hydropower units by more than 2,500MW, resulting in loadshedding of two to four hours a day across the country.

Hydropower generation at present could go up to 3,800MW at peak hours because of provincial irrigation demands, but it will come down to around 1,000MW during the canal closure period.

A power sector official said the government had made arrangements for higher utilisation of furnace oil-based power plants which had been kept closed in recent weeks because of lower electricity demand even after applying zero loadshedding for the industrial sector for about three months now.

“Our top priority during the canal closure period will be to ensure predictable loadshedding where necessary with prior announcement of the schedule without allowing power costs to go out of hands,” a power ministry official said.

Under its water discharge plan, between Dec 25 and Jan 31, the authority will release 10,000 to 12,000 cusecs of water from Tarbela dam and 8,000 cusecs from Mangla dam to meet drinking water requirements.

Sindh’s Kotri barrage will remain closed from Dec 25 to Jan 10 and Sukkur barrage from Jan 6 to Jan 20.

During this period, canals in Balochistan will also remain closed. Khyber Pakhtunkhwa’s Chashma Right Bank Canal will stay closed from Jan 1 to Jan 31.

An official said that the Punjab government had communicated to the water regulator to reduce outflows from Mangla dam beginning Dec 25. As a consequence, discharges from Mangla will be reduced to 8,000 cusecs from about 28,000 cusecs at present.

The discharges from Tarbela dam will also be curtailed to 10,000 to 12,000 cusecs from the current release of about 38,000 cusecs, the official said. 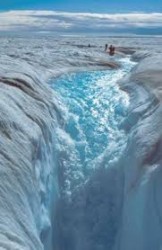 Melting of glaciers can lead to floods 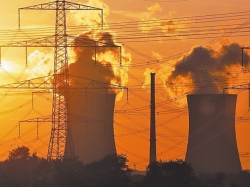