ISLAMABAD: Legendary fiction writer Intizar Hussain was remembered at a reference at Pakistan Academy of Letters (PAL) on Tuesday.

Born on December 7, 1923, at Dibai, India, Intizar Hussain died in Lahore on February 2. He wrote around 40 books, including ‘A Chronicle of the Peacocks’ and ‘The Death of Sheherzad.’ He was conferred with a number of awards, including the Pride of Performance.

Special Assistant to the Prime Minister Irfan Siddiqui while speaking at the reference announced ‘Intizar Hussain Award’ which would be given to a literary figure every year.

“PAL can decide the modalities, through a committee, and that to whom the award should be given such as novel writers etc. However, I can assure that the amount of the award will be handsome,” he said.

Mr Siddiqui said though it was said at every person’s death that the vacuum created by their departure cannot be filled, these words were truly made for Intizar Hussain.

“We have to wait for a long time to get a person close to the calibre of Intizar Hussain. There is a quality in his writing that from just one paragraph we can recognise that it is written by Intizar Hussain,” he said.

“His Walima was held at my house. For the last few years, he had been saying that the so-called religious scholars were becoming a problem. But he also used to say that he was happy to see that a number of women had started writing,” she said.

Columnist Ataul Haq Qasmi said Intizar Hussain was a great person and had a beautiful life.

“Those who think that Intizar Hussain was against the creation of Pakistan, they should know that he was in favour of Pakistan,” he claimed.

“I learnt a lot from him. When I started politics, he did not like it and when I restarted teaching he celebrated that day,” he said.

Istaqbale Mehdi, a relative of Intizar Hussain, said he was a great person and always had smile on his face. “He encouraged me to write and never tried to discourage me on my mistakes,” he said.

PAL chairman Dr Qasim Bogio said Intizar Hussain was a great person and had his own unique way of writing which made him different from others.

In April last year, Intizar Hussain participated in the National Book Day Festival organised by the National Book Foundation. During a special session, he said his father decided to educate him at home and when he (Intizar) was able to be admitted to class eighth, the local school refused to admit him.

He said a missionary school admitted him in class eighth but there was only one Muslim student apart from him in the school. The teachers were also Hindu but they never showed any discrimination against him because of his religion. 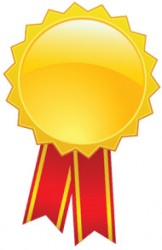 Pride of Performance for Geo artist