ISLAMABAD: The world’s cultural landscape has changed considerably with the rise of internet giants, which together with the explosion of social networks and digital revolution, are profoundly changing methods of production and dissemination of cultural goods such as music, film and books, Unesco says in a new report.

The first global report evaluating the impact of the Convention on the Protection and Promotion of the Diversity of Cultural Expressions adopted in 2005, says that the expansion of social networks and user-produced content, the growing use of connected multimedia devices and the explosion in the quantity of data available have led to the emergence of new actors and new rationales.

This revolution is by no means confined to industrialised countries, many regions in the global south have made considerable progress, particularly in the field of connectivity. In Africa, the penetration rate for mobile telephony increased three-fold between 2007 and 2012.

The production of fiction films in developing countries rose significantly between 2005 and 2010, up from 3 per cent in 2005 to 24pc in 2013, while the production of documentaries rose from 1pc to 25pc over the same period. But these changes are occurring in part to the detriment of linguistic diversity, according to the report.

Indeed, 80pc of linguistic content available on the internet is in English, Chinese, Spanish, Japanese, Portu­guese, German, Arabic, French, Russian, and Korean. Another challenge identified by the report is the rise of Internet giants and it may undermine access to a diversity of cultural choices, particularly in language choice.

Encouraging an equal flow of cultural goods and services from the developing world is a key guiding principle of the Convention. However, 10 years after the adoption of the Convention, the sector remains largely dominated by industrialised countries. 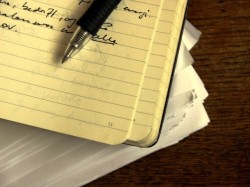