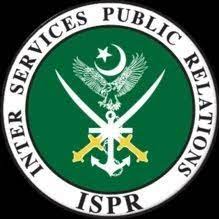 The National Amateur Short Film Festival (NASFF ‘21) was launched by one of the most esteemed and prestigious organizations of Pakistan, Inter Services Public Relations (ISPR).

Individuals aspiring to be filmmakers were invited to participate in the festival, who previously had no platform to establish themselves and demonstrate their talents and skills. NASFF proved to be the first organized, disciplined, and serious festival of its kind, and the featured winners of the festival were awarded prizes and provided scholarships to further their study of filmmaking internationally.

I was honored to be invited to NASFF as a juror. Not only did I highly value this invitation and considered it a privilege, I also viewed it as a staunch responsibility. In my 50 years of film life and experience, I have been taught by many prized names of the Pakistani film industry and was fortunate enough to pay it forward and teach those who came after me. However, in all of these years, I never saw films in Pakistan becoming a truly successful and celebrated art form — this is why I took my role in NASFF as such a responsibility — a responsibility to be a part of the change this initiative promises to be.

Twelve years ago, in partnership with Dr. Mughees of Punjab University, I tried to expand the Mass Communications programme to be inclusive of filmmaking with the hope of introducing new talent into the film industry. Unfortunately, this effort was unsuccessful. The students studied film and earned their degrees, but did not turn their talents to filmmaking. Instead they chose to work for television or private production companies. Meanwhile, veteran and new television directors from Karachi rallied together and worked on a few film projects, but those films could not withstand the test of our audience’s keen eye and were proclaimed to be dramas playing on the screens of cinema houses.

And so there remained a looming question — how will the revival of film become a reality? The revival of real cinema with entertainment and artistic merits, and films that promote the image of Pakistan. While there were valiant efforts made, films produced in the last few years could neither become fine representations of Pakistani culture, nor provide entertainment value. Another question also arises — where were we falling short? How are we still failing? The answer: Perhaps there is no true filmmaker left amongst us, like those whose greatest passion was to make the highest form of art they possibly could, and for them it was film.

All this to say something that is indeed quite simple: I have the deepest appreciation for ISPR for initiating NASFF ‘21, which no other organization in Pakistan has been able to achieve in the history of our country. NASFF will not only serve as a foundation and launching pad for filmmakers, but also serve as an organization that will make them aware of their responsibility to work for better representation of our country. Up and coming filmmakers will also feel a sense of confidence along with this keen sense of responsibility when they hold the faith and endorsement of one of the most prestigious organizations of Pakistan. From this will emerge a drive in new filmmakers to achieve the highest of accolades for their art and to represent Pakistani art and culture on the world stage.

It would be unwise to not note here that ISPR has demonstrated a conviction in the ability of films to create a positive image of Pakistan internationally, may that be by screening Pakistani films at festivals internationally or in cinema houses of our own cities, towns, and villages. Here, the cinema revival in Iran is an appropriate example. Before the revolution of Imam Khomeini, the cinema of Iran was similarly ailing as Pakistani cinema is today. Imam Khomeini founded the organization called Faraabi, which provided funding and opportunities to new filmmakers with the express objective of making films to improve the image of the country and promote its culture. The rest, as they say, is history. Today, Irani cinema’s ascent is evident, and they hold the world’s attention as well as an Oscar.

ISPR is such an esteemed organization that those who are connected to it or endorsed by it carry a certain cache of goodwill and enjoy a privilege and respect simply by association. I am confident that this latest effort in the form of NASFF will serve as a foundation for the future: the revival of film and a flourishing film industry.

ISPR has been a gracious host to me for the duration of the festival and NASFF was conducted in the most professional and well-organized fashion. It is my greatest and most heartfelt hope to see the successful continuation of NASFF. I also have the ardent wish that all of us, including those who are within the industry and those outside it, will wholeheartedly support this sound and saure-footed first step in the direction of prosperity.