Institutional mechanism must to block undesired material on Internet 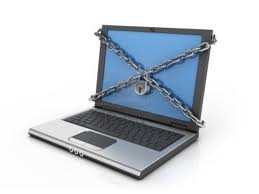 ISLAMABAD: “The reopening of YouTube does not fall in our jurisdiction and there is a need to evolve an institutional mechanism to identify undesired content on the Internet,” said Anusha Rehman.

The Minister for State on Information Technology and Telecom at the occasion of consultative workshop on IT Policy agreed that Pakistan will have to establish an independent institution with act of the Parliament in order to curb blasphemous and pornographic material on YouTube and other Internet services.

“The reopening of YouTube does not fall in our jurisdiction and I think there is need to evolve an institutional mechanism to identify undesired content on the Internet,” Minister of State for IT Anusha Rehman said while talking to reporters on the occasion of 2-day concluding session at a seminar here on Wednesday.

The minister said that the government did not believe in censorship; however an institutional mechanism was required to identify objectionable material under content management as the draft telecom policy has raised the issue to get feedback from the quarters concerned.

“The inter-ministerial committee constituted by the prime minister on YouTube issue does not enjoy administrative powers,” she said and added that finally the responsibility of stopping content lied with the ISPs (Internet Service Providers), so the government inserted certain clauses into Cyber Crime Bill currently under consideration before the Cabinet. The minister said that the government would establish first Technology Park in Islamabad with the assistance of Korea, and formal signing of the agreement was expected by next month.

To another question regarding transit telecom traffic from China, India, Iran and Afghanistan, the minister said that telecom operators could earn millions of dollars per year by establishing linkages on regional basis. After establishing regional connectivity, the government could impose a levy to maximise revenue streams for national exchequer, she added.

The minister specifically discussed the matter of duplicate IMEIs of cellular phones in the context of increasing theft of mobile phones. “We have asked the mobile operators to collect IMEIs data of cellular phones and evolve a mechanism to avoid duplication as theft of phone sets was increasing security risks.

The forum proposed that PTA might conduct a survey to ascertain the gravity of matter and hold consultations with the mobile operators to formulate a framework to discourage malpractices of duplication of IMEIs and use of stolen handsets on mobile networks. The minister instructed PTA to conduct the survey and launch awareness campaigns to inform general public about their type approval regime. It was informed by PTA that list of type approved handsets was present on its website for information of general public so that they could buy legally-approved handsets.

The draft policy also mentioned the alleviated role of Universal Service and ICT Research & Development Funds. It was observed that the funds were underutilised previously.

The minister enlightened the participants regarding programmes of establishing tele-centres and extended deployment of fibre optic across Pakistan through Universal Service fund. Tele-centres will host biometric SIM verification facility, NADRA services and three e-services by respective provincial governments. At least 500 such centres have been planned to be set up in first phase.