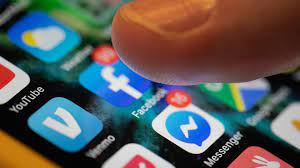 ISLAMABAD   – Federal Ministry of Information Technology and Telecommunication on Thursday issued a gazette notification of the revised Social Media Rules 2021, after which it has become mandatory for all social media institutions to abide by it.

In this regard, Federal Minister for IT Syed Aminul Haq said that state of Pakistan had a responsibility to protect basic rights of the people, their lives and property. He said, “In this digital world, there are separate online issues concerning public.”

In this scenario, the minister said that protecting the online data of citizens, their social, moral and religious rights was essential and inevitable. Social media rules cover all these relevant rights reservations and concerns, said Minister for Information Technology Syed Aminul Haq. The minister said, “Our goal is to provide the Pakistani people with a clean and healthy medium that is free from the elements that spread hatred, evil and anarchy,” he said.

He added that most important thing was to create a conducive environment for Pakistani social media users who earn legitimate money through social media or who share positive thinking, constructive posts with encouragement and sense of protection. In this regard, establishment of respective social media institutions in Pakistan will be an important step.

Following publication of the notification, social media companies/ platforms with more than 500,000 users in Pakistan will be required to get registered with PTA.

It will be mandatory for social media organisations to set up their offices in Pakistan (as soon as possible) after the issuance of the notification, said Aminul Haq, Minister for Information Technology. Social media companies will appoint their own competent officer who will be aware of the grievance redressal issues and will be the authorized officer of the company. He said Live streaming of extremist, terrorist, hateful, obscene and violent content will be banned.

According to Syed Aminul Haq, under these rules, if there is a technical complaint regarding any content on social media such as offending someone, propaganda against the state/ religion, institutions or personal self-esteem or immorality, then the complainant forum will be PTA.

He said that there were basically 18 rules of social media and it had many sub-clauses.

After approval by the federal cabinet, a formal notification was issued on Thursday. It came into force immediately, said IT Minister.

Haq further said that under the new change, the definition and scope of the complainant has been further clarified and government employees, government departments and ministries have also been included in it, and now they too will be able to register a complaint. He said full freedom of expression for users on social media will be in accordance with the rights enshrined in Article 19 of the Constitution.

According to rules, users will register their complaint under the proposed procedure for removing any objectionable content (the details of which are specified in the rules) from social media. The authority will be required to keep the name and identity of the complainant confidential so that his life and property are not endangered. The authority will have the power to request any kind of necessary information from the complainant.

The complaint will be processed within 30 days and after completion of all the necessary matters, the social media company will be given 48 hours to remove the objectionable material, said minister.

He added that if the social media company fails to remove the content within 48 hours or does not give any concrete response, then the competent authority may impose temporary / permanent closure of the social media platform or impose a fine of up to Rs. 50 Crore.

Federal Minister Syed Amin-ul-Haq further said that new change further clarifies the state of emergency under which instructions issued by the authority on posting blasphemous material, terrorism or hate speech against national security agencies. Social media companies will then be required to remove objectionable content within 12 hours instead of 48.

Misinformation about Islam, Defense of Pakistan and Public Order will be a punishable offense, said Minister.

Advertising of blasphemy, immorality and pornography will also be a felony. Social media organizations and service providers will formulate community guidelines, said IT Minister.

The guidelines will provide users with information on uploading content. Negative content related to any person will not be uploaded.

Content related to the private life of others will also be banned. Content that contradicts Pakistan’s cultural and moral trends will be banned.

Materials related to the mental and physical development and moral destruction of children will be banned.  All social media outlets, including YouTube, Facebook, Tiktok Twitter, Instagram, Google Plus, will be bound by the rules.

st, hateful, obscene and violent content will be banned