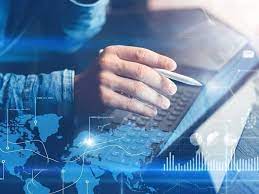 ISLAMABAD: The Information Technology (IT) exports remittances including telecommunication, computer, and information services during the fiscal year 2021-22 surged to an all-time high of $2.616 billion growing by 24 percent in comparison to $2.108 billion during 2020-21.

According to the official data, Information and Communication Technology (ICT) export remittances were $235 million in June 2022 i.e. registered a growth rate of 11 percent when compared to $210 million reported in June 2021.

The ICT exports remittances also registered 28 per cent growth on a month-on-month basis in June 2022 when compared to $183 million in May 2022. The net exports for the fiscal year 2021-22 were around $2 billion.

Prime Minister Shehbaz Sharif has stated that Pakistan offers huge opportunities for investments in the technology sector and the government intends to increase IT exports to $15 billion in the coming years. For achieving this target, the premier said that foreign tech companies would be facilitated in all respects with regard to investment, expansion and close collaboration.

However, Federal Minister for Information Technology and Telecommunications Syed Aminul Haque has said that the Federal Board of Revenue (FBR)’s policies and some rules of the State Bank of Pakistan (SBP) are hindering the growth of Information Technology (IT) exports in the country and increasing export remittances through freelancers.

“Due to the FBR policies and some rules of the SBP, it is feared that local talent may be working here but by operating its own company from another country, that country may be getting all the foreign exchange and credit of IT exports”, said Haque, while presiding over a meeting. Haque has also stated that it is necessary to solve the problems of the IT and Telecom industry and give it maximum relief for the enhancement of the country’s digital economy.

The Prime Minister’s Advisory Council on IT members also suggested that there should not be add in any new taxes and/or procedures for IT, freelancers, E-commerce and Startups to facilitate domestic digital transformation and growth in exports.

Otherwise, people will be encouraged to park a significant portion of their earnings abroad which will be a loss to the exchequer. The IT and ITeS is the fastest growing and lowest investment option to grow Pakistan’s forex reserves to ensure ease of doing business and policy continuity as much as possible.

The Advisory Council stressed the need for consistency in government policies to attract local and international investors, saying that industry and investors become uncertain due to the changing situations, which hurts the efforts to promote the Digital Economy. The required support from the SBP and the FBR is not forthcoming.

Agreeing, IT Minister Syed Aminul Haque said that the purpose to constitute the Advisory Council was to formulate workable proposals to address the issues of the IT and Telecom industry, make the industry more functional in the national economy and then required directives by the PM can be issued in this regard.

“When all the stakeholders/institutions are on board and the issues resolved in a timely manner, there is no reason the industry cannot become the backbone of the country’s economy and lead the country out of the economic crisis”, the IT minister added.

Haque further stated that the FBR policies were an impediment to the increase in the number of IT exports and freelancers and export remittances, due to which software companies and freelancers were thinking of shifting their business to other countries. This would be dangerous because our talent would be used here but the benefits and credit would go to another country there is no reason why we can get billions of dollars’ worth of foreign exchange from the IT sector.

“It is necessary to relax strict conditions including tax enforcement and give maximum relaxation to the IT industry and freelancers, otherwise,

It is feared that if IT companies and freelancers are not given facilities including tax incentives, the industry will shut down soon”.

Sources told this correspondent that the IT Ministry will target $5 billion in exports of the Information Technology (IT) sector in the current fiscal year, which would be subject to the resolution of outstanding issues with the FBR and the SBP.

The ministry has concerns over matters related to withholding tax and incentives for freelancers.