ISLAMABAD: Pakistan has ordered two Indian journalists stationed in the country to leave within a week after they were found involved in ‘unfriendly activities,’ officials said on Wednesday.

Snehesh Alex Philip of the Press Trust of India (PTI) and Meena Menon of The Hindu were officially asked to leave the country by 20 May.

While talking to The Express Tribune, the PTI correspondent confirmed that he and the other Indian journalist received a letter from the Pakistani government stating that their visas were only valid till 20th of this month.

“No reason was given for the decision,” Snehesh added.

A senior foreign office official speaking on condition of anonymity revealed that the Indian journalists were asked to leave after their activities were found ‘incompatible to their professional mandate.’

However, the official made it clear that Pakistan would stick to the bilateral agreement under which the two countries agreed to have a reciprocal arrangement allowing two correspondents from each country to be stationed in the other’s capital.

The official added that India was not showing any respect to bilateral agreements, particularly recent denial of visas to 500 Pakistani pilgrims for their religious travel to Ajmer Sharif.

Meanwhile, India’s ministry of foreign affairs said that the expulsion of the two correspondents from Pakistan was a “retrograde step”, with the foreign ministry’s spokesman Syed Akbaruddin adding in comments on social media, that it was “regrettable and unfortunate” that both journalists had been asked to leave prematurely and suddenly. 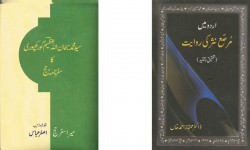