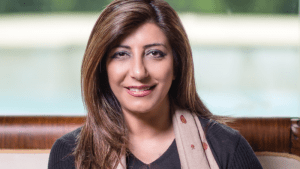 ISLAMABAD: Pakistan has demanded that independent human rights observers and international media should be permitted to get a firsthand view of the situation in the India Occupied Kashmir (IOK) and along the Line of Control (LoC).

For its part, she said, Pakistan has always provided unfettered access not only to UNMOGIP but to international media and independent observers.

Once again, the Spokesperson said, representatives from diverse international media outlets visited the LoC in the Chirikot Sector on Wednesday and witnessed for themselves the destruction and injuries caused to civilian population along the LoC.

She said that they also witnessed the multi-layered surveillance and defence system along the LoC erected by India which completely negates the hollow allegations by senior most military and civilian officials of India and the constant propaganda by the Indian media against Pakistan on cross border infiltration and the so-called launch pads.

Responding to a question, the FO spokesperson said that Pakistan has offered third consular access to detained Indian spy Commander Kulbushan Jadhav to fulfil its international obligation in light of the International Court of Justice (ICJ) judgment in the case.

She expressed the hope that rather than using dilatory tactics, India should cooperate with the Pakistani courts to give effect to the ICJ judgment.

She recalled that ICJ, in its judgment, had asked Pakistan to review and reconsider the conviction and sentence of Commander Jadhav.

The spokesperson said that Pakistan remains committed to implement the judgment of ICJ. She said necessary steps have been taken for the provision of unhindered and uninterrupted consular access to India. She further said India, however, using various pretexts to hinder the review and reconsideration process.