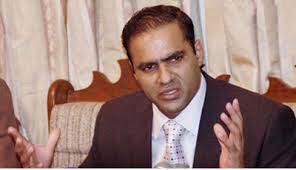 MULTAN: Minister of State for Water and Power Abid Sher Ali said on Monday that Pakistan Tehreek-i-Insaf (PTI) chief Imran Khan had levelled allegations against the media, then against the judiciary and, as such, he should get himself treated.

Addressing a press conference, he said that the protest rally on Sunday against alleged rigging in the last year general elections was a failure and Imran Khan should talk about his problems in parliament. He said that the “Tsunami” of Imran Khan had failed miserably.

He said that Prime Minister Nawaz Sharif would lay the foundation stone of the Jamshoro Coal Power Project in August and the ground breaking of Dasu Dam would be held in November, while Rs25 billion had been allocated for the first phase of the Diamer-Bhasha Dam project to generate electricity.

He said the prime minister had given him a target to unearth power pilferage, corruption in distribution companies and to end the Kunda culture. He said action was being taken without any discrimination and political prejudice. He said that he would lodge a complaint with Chief Minister Shahbaz Sharif against provincial minister Chaudhry Shafiq for threatening the Mepco teams for taking action against the power theft.

He claimed that two power plants of 660 megawatts would start generating electricity in the next 2-3 years. “The government is bearing the additional cost on power projects in billions of rupees due to the incompetence of the past governments,” he maintained.

He said that at least 4,500 megawatt electricity would be generated after the completion of the Diamer-Bhasha Dam. The minister promised that loadshedding hours would not exceed from eight hours in the urban areas. “The government has appointed MNAs and MPAs to monitor the loadshedding duration.” He appealed to the judiciary to avoid issuance of stay orders after the termination of employees to remove the corrupt officials from all the distribution companies.

PM’s Adviser on Water and Power Dr Musadaq Hussain, speaking on the occasion, said the government believed in unprejudiced and across-the-board accountability in the country. He said all the electricity supply feeders had been equipped with meters to assess the actual areas of power theft, a practice that did not exist in the past. “The installation of meters at feeders will reduce the power theft,” he said.

INP adds: Abid Sher Ali said that electricity theft in Pakistan has become a political issue. He informed reporters that the government had made a decision to resolve the electricity theft on a war-footing. He said five feeders in Multan were facing high losses and 12-16 hours of loadshedding would be conducted in areas receiving electricity from these feeders.

The state minister warned that electricity theft would not be tolerated in any corner of Pakistan and Prime Minister Nawaz Sharif had ordered to bring a stop to it under all costs. He added that development work was ongoing at Port Qasim, Nandipur Power Project and Diamer-Bhasha Dam. 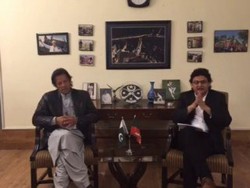