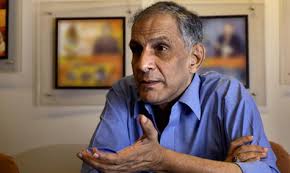 Imran Aslam graduated from Government College Lahore and went on to study at the London School of Economics (LSE) and School of Oriental and African Studies (SOAS) where he read economics, international relations and politics.

He also served as Director of the Royal Flight of the President of the UAE. During this period, he interacted with the aviation industry and the giants like Boeing, GulfStream, Lufthansa, British Airways and Gulf Air and travelled extensively.

Upon his return to Pakistan in 1983, Imran Aslam was appointed editor of Star, an evening newspaper which under his leadership became known for its investigative reporting in an era of censorship and oppression. He led a team of journalists who have all become household names in journalism both in the country and abroad.

Imran Aslam was a founding member of the team that launched The News, Pakistan’s leading newspaper, published simultaneously from Karachi, Lahore, Islamabad and London. He served the newspaper in the capacity of Chief News Editor, Coordinating Editor, Editor and Senior Editor. He also conceived and launched the revolutionary and bold News on Sunday. During this period, he nurtured journalists and allowed them freedom to grow and shine. He considers this mentoring as one of his most cherished contributions to journalism. Aslam was at the heart of innovation and change in the print media and is known for his concepts and ideas.

He successfully made the transition to electronic media by being part of the initial team that launched Geo, a channel that according to the New York Times, “changed the media landscape in Pakistan”. He was appointed President of Geo TV Network in 2002 and has been involved in virtually every strategic and content related facet of the channel ever since. During his tenure as President, Geo Network launched Geo News, Geo Entertainment, Geo Super, AAG, Geo Kahani and GEO Tez.

Imran Aslam is also a renowned playwright with over 60 successful plays produced for the stage and several dramas and serials for television, including the acclaimed Khaleej, Dastak, Bisaat and the ever green Rozi. His wit and political satire make his children’s plays and contemporary dramas a must see event on the theatrical calendar. He has been the resident playwright of Grips Theatre for over 30 years. He has also helped foster a culture of tolerance through his forays into music, poetry, literature, fashion and cinema.

Aslam is a political and social analyst and commentator whose views and opinions are sought by leading broadcasters around the world. He has spoken at international forums and universities in India, United States, UK, France, Germany and various other count