ISLAMABAD: Pakistan Tehreek-i-Insaf Chairman Imran Khan has criticised the Human Rights Commission of Pakistan for alleging that the Islamabad sit-ins have diverted people’s attention from the current situation of human rights in the country.

Addressing participants of the PTI sit-in here on Wednesday, he questioned the sources of HRCP’s funding.

“You don’t need to tell us what is right and what is wrong, just tell me first what are the sources of funding of the HRCP which claims to have been working for the improvement of human rights in Pakistan.”

Mr Khan accused the HRCP of receiving funds from abroad to promote the agenda of foreign countries to defame Pakistan.

He questioned the performance of the rights organisations, including the HRCP, about empowering women in the country.

“Can anybody tell me if the HRCP has ever highlighted the sufferings of the victims of US drone strikes in Fata,” he said.

The PTI chief said his party’s sit-in had created awareness among the people of Pakistan about their basic rights and women empowerment.

Mr Khan said he failed to understand why electricity supply to the parliament house, the president house and the prime minister house had not been disconnected despite being defaulters of Rs12.6 million, Rs10.8m and Rs6.5m, respectively.

He said the government had not been able to pay Rs556 billion to Pepco because some influential people were defaulters of Rs384bn and as a result people were facing electricity outages.

He claimed that the government had earned Rs70bn through overbilling last month and people might be subjected to overbilling of Rs100bn this month.

“I can pay my electricity bill, but I want to show to the people that they are facing power outages because the rulers don’t pay their bills and taxes.”

He said the country’s exports had declined by up to 10 per cent because of electricity shortage, but the PML-N leadership had been blaming the sit-ins for the situation. 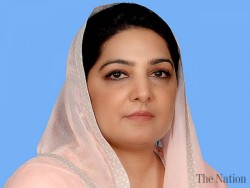 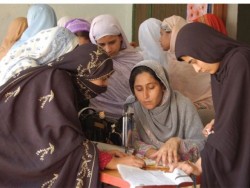